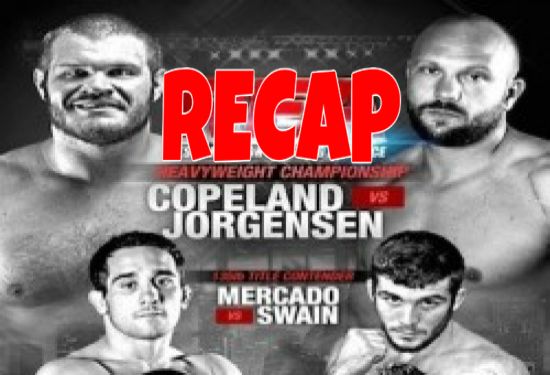 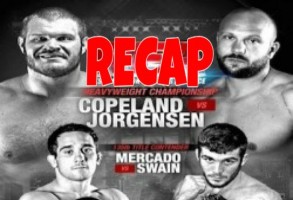 What a great event from the men and women of Resurrection Fighting Alliance. After a solid undercard we were able to watch some big fights live on AXSTV. The fights did not disappoint and the fans in Colorado were treated to a mix of great finishes and grinding decisions.

The flyweights kicked things off and someone’s “0” had to go when Eric Shelton met local fighter Sid Bice. It was a back and forth battle that went in favor of the wrestler Bice. He was able to control much of the fight and win a close decision.

Things didn’t go as plan for local fighter Maureen Riordon as she made her professional debut. Marion “Mo Mo” Reneau was relentless and executed a near flawless gameplan to keep “Babyface” on her back. Reneau kept dominant position much of the fight and capped it off with submission win pushing her record to 4-1.

Boston Salmon moved to 2-0 as he shrugged off numerous takedown attempts from Zac Chavez to earn a TKO win. While Chavez was holding on to single and double leg attempts, Salmon peppered him with elbows that in the end, were just too much.

The main event was as good as we thought it would be. Undefeated big men Josh Copeland and Jan Jorgensen stood and traded for much of the fight. Copeland was precise and was able to land big shots that opened up Jorgensen’s face. As the round was about to close out, Copeland hit the accelerator and finished the former football standout. He improved his record, got some great attention and in the end was crowned the first RFA heavyweight champ.

If you missed any of the action you can get the play by play and results here.

RFA will be back in just a few weeks as they head to South Dakota. After analyzing this card and getting to know many of the fighters I thought I would throw out my thoughts on some post-fight awards.