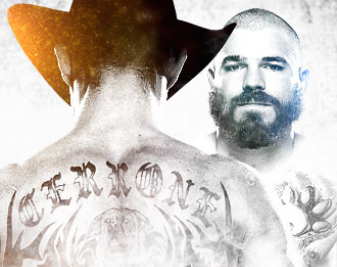 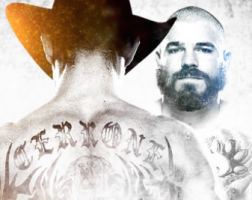 All but one UFC Fight Night 45 bout will air live on FOX Sports 1 starting at 7 p.m. ET. One preliminary card bout, the debut of the women’s strawweight division, will stream live on UFC Fight Pass at 6:30 p.m. ET.

ProMMAnow.com will provide LIVE results and round-by-round updates of all the action. Join us for the fun.

Round 1 – First ever UFC women’s strawweight bout will now commence. Both girls unbeaten. Touch gloves. Gadelha connects first with a punch combo. Lahdemaki fires back but eats a crisp left hook, and then another. Left hook of her own by Lahdemaki. Knees in the clinch from Gadelha and Lahdemaki goes to the mat. Lahdemaki gets to her feet but gets taken right back down. Gadelha working the ground and pound. Gadelha eventually gets to full mount. Lahdemaki gives up her back as Gadelha softens her up with punches, body triangle locked on. Gadelha looking for the neck crank/choke. PMN sees the round 10-9 for Gadelha

Round 3 – Touch gloves. Body kick from Gadelha. Lahdemaki avoids a takedown and lands a knee or two in the clinch. Leg kick from Lahdemaki, but eats a counter punch. Left hand from Lahdemaki. Right/left combo from Gadelha. Left hook follows. Inside leg kick. Gadelha getting the better of the standup here, she then gets an inside trip takedown and lands a nice elbow from the top. Lahdemaki is able to eventually get back to her feet but Gadelha lands some kicks and punches before dumping her on her back once again. Nice action from the 115 pound ladies. Welcome to the UFC. PMN sees the round 10-9 for Gadelha, and the fight for Gadelha 30-27.

Round 1 – Sanders took this fight on two weeks notice. These guys look large for lightweight. Big inside leg kick from Cedeno. He catches a body kick from Sanders and drops him with a big right hand. He pounces but Sanders avoids most of the shots and shoots in for a takedown. Sanders is a former All-American wrestler and has Cedeno on his back now, controlling from inside full guard. No damage being done though. Cedeno is able to use a leg lock attempt to sweep. Cedeno inside Sanders’ guard now. Cedeno looking to land a bomb, but Sanders again avoids most of the punishment. Cedeno controlling from half guard, drops a short elbow. Knee to the body. Landing some nice punches as Sanders tries to cover up. PMN sees the round 10-9 for Cedeno. Sanders very slow to get up and may have hurt his knee. This fight may be over, as he needs help to his stool. Sanders tries to stand but is having trouble. That’s all she wrote.

Round 1 – Body kick from Sterling. Kicks the leg out from Viana and he touches down. Viana counters a body kick with a big right hand that stuns Sterling briefly. Viana counters a flying knee with a right hand that connects. Sterling ducks under punches to score a takedown. Viana fighting to get up as Sterling gives him a knee to the bread basket. Another, from the clinch against the cage. Another knee from Sterling, who is controlling and stifling Viana. Sterling backs out and they square up. Sterling connects on a head kick. But Viana seems okay, lands a body kick. Big inside leg kick from Viana. PMN sees the round 10-9 for Sterling

Round 2 – Body kick from Viana. Body lock and a knee from Sterling, pushes Viana to the cage where he tenderizes the thighs of Viana with his knees. Viana is able to get out of the clinch and gets back to the center. Left jab from Viana connects. Sterling ducks under a punch for a nice takedown, lands an elbow from inside guard. Viana gets to his feet but takes a big body kick for his trouble. Left hook from Viana connects. Sterling gets another takedown, takes side mount. Viana trying to use the cage to get up. Sterling takes his back, looking for the choke with under a minute to go. Body triangle locked on. Sterling lands some solid punches as Viana tries to escape. PMN sees the round 10-9 Sterling

Round 3 – Another takedown from Sterling. He works the occasional ground and pound for a bit, looks to go for an armbar, misses it, then takes full mount. Half the round down at this point. Sterling landing some big punches, lets loose with a flurry as Viana flails and the referee is forced to stop it. Domination for the unbeaten Serra-Longo bantamweight.

Serra and Longo are building some incredible fighters!!!

“For everyone asking, @jessamynduke broke her hand. Didnt know what to do once leslie turned it on when she couldnt grab & circle off”

Round 2 – Spinning backfist from Tibau connects solid but Healy walks through it. Tibau gets the takedown, working from half guard. Healy using the cage to get up. Knee to the thigh from Tibau before they separate to the center. Healy stalking. Body kick from Healy. Nice left from Tibau on the chin. Nice body shot from Healy. Another body shot. Tibau looks for the takedown, stuffed. Healy keeping the pressure on despite eating some punches. Leg kick Healy. Inside this time, clinches up against the cage. Nice elbow, but Tibau gets a body lock from the back, then backs out. Body kick and some body shots from Healy. Lands a jab or two and seems to be wearing on Tibau. Healy stalking at the bell. PMN sees the round 10-9 Healy

Round 3 – Touch gloves. They trade punches. Healy stuffs a takedown. Backs Tibau to the cage, rips off a couple body shots. Healy looks for the single, lets it go. Knee in the clinch, and an elbow from Healy, pressing Tibau to the cage. Healy with another elbow. Tibau escapes to the center as Healy stays on him. Nice left from Tibau. Body combo from Healy, two left hooks upstairs. Pushes Tibau to the cage. Tibau with a left on the break. They trade shots in the pocket, both landing solidly. Healy’s pace wearing Tibau down. Big slam from Tibau, but Healy gets right up with a minute left in the fight. Tibau looking for the takedown against the cage, gets Healy to his knees where they trade punches before the bell. I think Healy pulled it off. PMN sees the round 10-9 for Healy, and the fight 29-28 for Healy.

With four straight losses now, Pat Healy could be on the chopping block and probably should be.

@brentbrookhouse funny you say that. It’ll be interesting to see how they view signing UFC castoffs with new management.

Round 3 – Leg kick from White. Right hook. Left hook from Martins. White tries a flying knee but either slipped or got clipped and ends up on his butt. Gets right up. Eats a counter. Inside leg kick from Martins. White checks the next one. Big counter right from Martins lands on the button, White wobbles for a moment, then  a delayed response falls to the canvas. Nice finish for Mr. Martins.

Lucas Martins is so fun to watch. 3-1 in the UFC with 3 finishes, only loss in a short-notice lightweight bout with Edson Barboza. — Guilherme Cruz (@guicruzzz) July 17, 2014

Great KO for Martins. He’s finished his opponent in 14 of his 15 wins. #UFCFightNight #UFC

Round 3 – Lineker getting the better of the stand-up throughout the first 4 minutes. Ozkilic is busted up and was retreating for his safety at one point. With under a minute to go the action picks up in the pocket. Alp landing some decent shots here and there, but Lineker definitely winning and drops him with two left hooks with only a few seconds left in the fight. The ref justifiably stops it.

We’d say that would easily be the FOTN but c’mon… Cerrone/Miller is coming. — MiddleEasy (@MiddleEasy) July 17, 2014

Round 2 – Left counter from Proctor. Left hook and a knee to the chest from Salas. Nice left to the body, right upstairs from Salas. I keep thinking if he hits that hematoma and busts it, it’s gonna look like a crime scene. Salas gets a takedown ever so briefly, and Proctor pops right up. Salas pressing him to the cage, throwing a few knees. Nice left straight from Salas. Overhand right from Salas, then a body shot. Another one to the body. Body kick from Proctor, he then drops Salas with a counter left hook, Salas gets up but gets tagged with it again. Salas tries to take him down but eats one more hook, goes down and Proctor finishes him.

A ball cap does little to hide the growth coming out of Proctor’s head during his post-fight interview.

Joe Proctor may be related to this #SouthPark character. #UFCFightNight #MMA pic.twitter.com/PMUicnKRdl

Round 1 – Touch gloves. Body shot from Story. Mafra lights him up with a punch combo, Story fires back and lands, then scores a takedown. Story dropping elbows from inside guard. Mafra explodes to his feet but immediately gets put back down with Story on top in half guard. Story working the ground and pound, with punches and elbows. Mafra not doing much from bottom except trying to hold on. Mafra finally creates space and gets up, just in time to get put back down. PMN sees it 10-9 for Story, no doubt about that one.

Round 2 – Uppercut from Mafra. Left hook from Story sets up the takedown, Mafra defends at first but gets picked up high and slammed. Story on top in half guard landing shots, now looking for the head and arm choke as he moves to side control. Story follows the direction of his MMA Lab coach John Crouch and Mafra taps out.

Did you realize Rick Story is the only current UFC fighter to do this (GSP was the other):

Round 1 – Right to the body from Barboza. Big leg kick inside from Barboza. Right hook from Dunham, eats a counter. Dunham shoots for the takedown, stuffed. Dunham gets countered with a couple punches. Then Barboza delivers a grazing liver kick and Dunham grabs his body and crumbles to the canvas, Barboza follows up with punches forcing the referee to stop it.

That body kick from Barbosa just grazed Dunham …so painful when that happens. Nice finish from Barbosa #UFCFightNight

Round 1 – Nice knee to the body from Miller. Cowboy is mighty tan tonight. Left hook from Miller, then a body shot. Big inside leg kick from Miller, follows up with punches. Another knee from Cowboy. Miller presses him to cage, knee from Cerrone. Miller catches a kick and trips Cerrone, but he’s right back up. Nice right from Cowboy. They trade punches. No way will this go five rounds. Right grazing shot from Miller. He ducks into a nice knee to the body. Miller clinches and presses him to the cage, gets the bodylock takedown but Cerrone is right back up. Counter right from Miller. Body shot from Cowboy, he presses Miller to the cage, looking for a takedown but Miller escapes. Right counter from Miller stuns Cerrone but he delivers a counter right elbow to Miller. Cerrone stalking at the bell. Great action, PMN sees the round 10-9 for Miller.

Cerrone's ability to consistently deliver for fans cannot be understated. Only way to do it that easily is to do it naturally.

Tommy Toe Hold about sums it up…

Give every fucking person on this card $50,000 and a motorcycle and some fucking Nos energy drinks. BEST. CARD. EVER. #FightNight

The UFC matchmakers are certainly pleased…

Joe Silva just walked by press row. Not sure I've ever seen a bigger smile on his face. Hell of a night of fights.