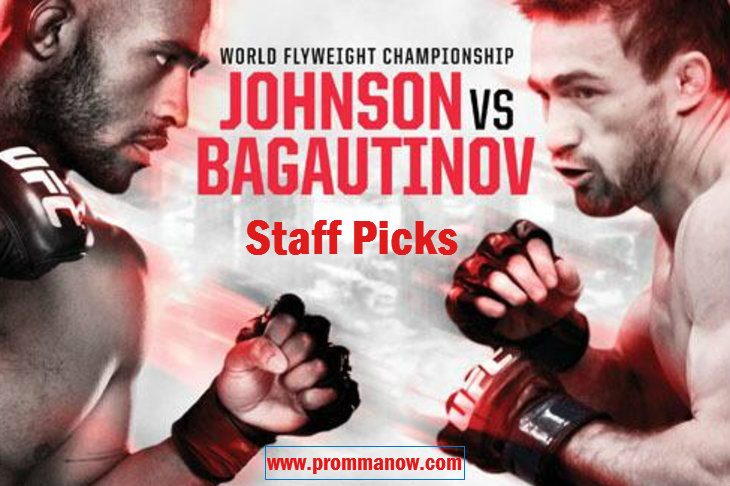 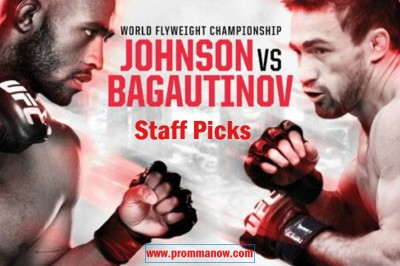 This Saturday the UFC is going to charge us for UFC 174 after several weeks of free events. This card could be a toss up between a really fun and exciting night or as many of the Canadian events can be, a dud. Either way, the hot shots of this very website have put their best analysis into words to give you our UFC 174 staff picks.

The main card will air live on pay per view Saturday night and you can get all of your round by round coverage right here at ProMMANow (www.prommanow.com). Feel free to sound off with your picks in the comment section below.

Gary Thomas : Fight of the night in my book when OSP and Jimmo throw down. I think Jimmo needs this win to break into the top 15 at 205 pounds and he has the punching power to do it but I don’t see him being able to catch OSP at all. St. Preux is on a good run right now and I think he will earn another “performance of the night” bonus and bring the win back to Knoxville. Pick – OSP by TKO.

Kelvin Hunt: Jimmo and OSP is a close fight to call.I think OSP has the advantage in speed and possibly takedowns but Jimmo could certainly win this.I’m going with OSP. Pick – St. Preux by Decision.

Gary Thomas : Everything about this fight screams at me that Brendan Schaub should win. He’s younger, he’s sharper and he has put away greats like Mirko Cro Cop. The fan in me says Arlovski comes out and destroys him though. Heart over brain in this pick as I think “The Pitbull” makes the best of his UFC return.  Pick – Arlovski by Decision.

Kelvin Hunt: Schaub will probably try to take Arlovski down and smother him because his chin is questionable. Pick – Schaub by decision.

Gary Thomas: Cavalcante has some power there is no doubt about that and Bader has shown he has a rough time with brawlers. I think Bader comes in to this fight and puts on a wrestling exhibition and keeps himself out of danger by putting Cavalcante on his back for 15 minutes. It may not be pretty but I think it will be a grind. Pick – Bader by Decision.

Kelvin Hunt – Bader has the wrestling advantage on paper but Cavalcante could pose problems with his power not to mention Bader’s chin is questionable. I think Cavalcante can catch him and put him to sleep. Pick – Cavalcante by TKO.

Gary Thomas: Tough fight to call because both fighters have shown they can be exciting but other times super boring. This fight will be a huge impact in the welterweight division. Woodley should be able to take MacDonald down but can his cardio hold up? I think Rory comes out guns blazing and trys to wear Woodley out and will catch him in the third. Pick – MacDonald by TKO.

Kelvin Hunt: MacDonald has been vulnerable to takedowns and Woodley can certainly take him down if he wants too. Luckily this is a three round fight for Woodley otherwise his lack of cardio would come into play and it still might but I think he’s got enough to take two rounds.. Pick Woodley by Decision.

Gary Thomas: Let’s be honest. It could possibly take Demetrious Johnson less time to win this fight than it took me to prepare this article. Johnson is too fast, too skilled and has too many ways to beat the Russian. This won’t make it past the second round. Pick – Johnson by Knockout.

Kelvin Hunt – Johnson’s quickness and cardio will probably be too much for Bagautinov. Pick – Johnson by Decision.