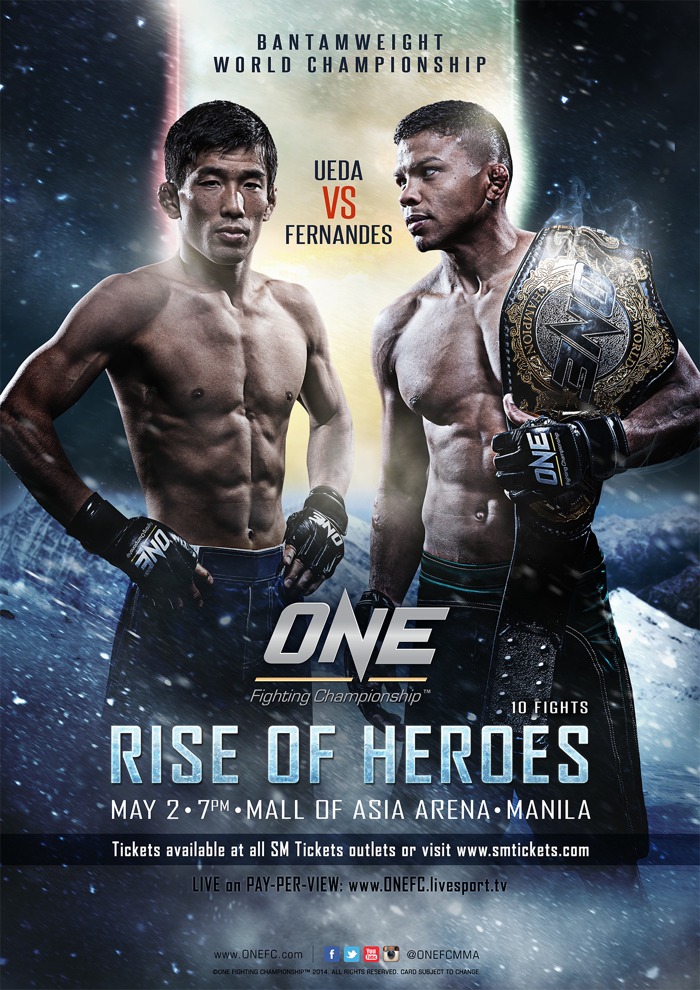 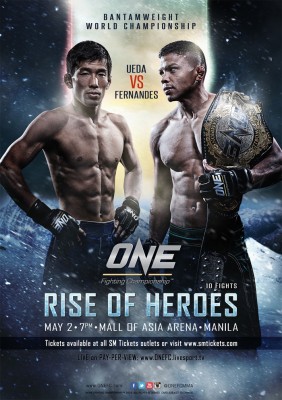 ONE Fighting Championship™ (ONE FC), Asia’s largest mixed martial arts organization with a 90% market share, has finalized the lineup for the blockbuster ONE FC: RISE OF HEROES event with the addition of a bout between boxing world champion Ana Julaton and Egyptian kickboxing champion Aya Saeid Saber.

CEO of ONE Fighting Championship™ Victor Cui stated, “ONE FC is returning to the Philippines with a night of exciting mixed martial arts action! Filipino fight fans have been clamoring to see Ana Julaton in action for years and their wait is finally over as Julaton will make her mixed martial arts debut opposite kickboxing champion Aya Saeid Saber. This explosive bout completes the lineup for ONE FC: RISE OF HEROES. Fans all over the world can look forward to a night of world class mixed martial arts action as ONE FC: RISE OF HEROES comes to you live from the Philippines!”

Ana “The Hurricane” Julaton is the first Filipina boxer to win the women’s WBO Super Bantamweight and IBA Super Bantamweight World Championships. Julaton’s signing with ONE FC marks her first step to becoming a two-sport athlete. Her overpowering attacks in the ring earned her the nickname “The Hurricane” and made her a fan favorite in the Philippines. It took her only five professional bouts to win a championship in boxing and she hopes her mixed martial arts career will be equally successful.

Ana Julaton is excited to compete in the Philippines for the first time. She stated, “Aya Saber is an experienced MMA warrior and champion in kickboxing. I know she will bring her very best on May 2nd. I’m training for my ONE FC homecoming fight in Manila harder than ever before and what gives me strength through my ups and downs are the hearts of my Kababayon all over.”

Aya Saeid Saber is an Egyptian kickboxing champion who has conquered the kickboxing scene in the Middle East. Saber now sets her sights on scaling ONE FC’s highly competitive female circuit. She combines explosive kicks with steadily improving takedown skills.  This is a clash of striking styles and Saber is relishing her opportunity to upstage Julaton and upset the boxing world champion in front of her 20,000-strong Filipino home crowd.

Saber stated, “I am excited and honored to be the first female mixed martial artist from Egypt to compete in ONE FC. I can’t wait to get into the cage and beat Ana and make my fight team and family proud. Unlike Ana, I am not new to MMA. Be careful Ana, you are entering my world. I’m coming!”