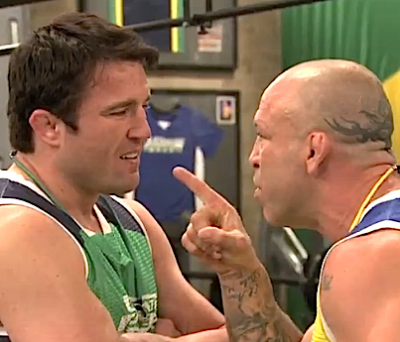 Wanderlei Silva is next in Chael P Sonnen’s crosshairs. Wanderlei Silva and Chael Sonnen are scheduled to enter the Octagon on May 31. The pair of TUF: Brazil coaches have no love for one another and during their stint on the TV show they scuffled several times.

In typical Chael Sonnen form he made a statement on Twitter about his rival and his belief that Silva will find an excuse to back out of their bout.

Contest Announcement: Be the first to name the fake injury Wanderlei uses to weasel out of our fight…