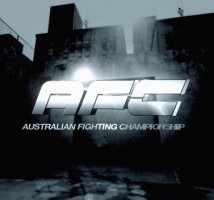 Australian Fighting Championship CEO Adam Milankovic is proud to announce that on 17 May 2014 the AFC will travel to Albury in New South Wales and make its promotional debut inside a cage. Due to the government MMA cage ban laws in Victoria the AFC has ventured interstate to stage their first show in the more commonly used mixed martial arts fighting arena.

This will be the first time the Australian Fighting Championship have ventured outside of Victoria and also the first time our athletes will have the opportunity to compete inside a cage with the AFC promotion. This will add a different element to our athletes fighting styles and tactics, and a new spectacle for our fans.

The Australian Fighting Championship are pleased to announce that we will be partnering with the North Albury Football Club, coached by former Australian Rules Footballer, premiership player and Brownlow medallist Jason Akermanis, to produce this massive event, in what will be a certain win fall for both organisations. The North Albury Football Club have a huge following and are very excited to have mixed martial arts coming to town. The club itself have experienced some operational difficulties in recent times and we are excited that through the generation of this event we can help them to become one of the power players in the Ovens and Murray Football League.

The AFC9 event will take place under the huge Majestic range marquee tent and will hold up to 3,500 fans, becoming the biggest mixed martial arts event in Australian history.

As always, the fight card itself will be packed with explosive action packed bouts. Recently we announced ‘The Rematch’ – after an abundant amount of controversy and uncertainty of the AFC 7 no-contest result between Gustavo Falciroli and Kai Kara-France. Both fighters will mix it up once more but this time the AFC Bantamweight Championship belt will be on the line. Their first fight was fast paced and entertaining, this one promises to be even better!

The AFC will also host the Welterweight title fight between Tournament finalist Corey ‘Major’ Nelson and Callan ‘The Rockstar’ Potter. Both fighters are at the top of their game and rated among the top Welterweights in the country.

In addition we can today announce a much anticipated matchup between Brazilian Rodolfo ‘The Nightmare’ Marques and Alex “The Hulk’ Volkanovski. These two premier athletes were scheduled to throw down at AFC8 however Alex was forced to withdraw late with an injury. Rodolfo went on to outclass the gutsy Dean Purdon who stepped in at late notice but he now resets his eyes on ‘The Hulk’ as he continues his pursuit for AFC gold.

Over the coming days and weeks we will be announcing several more fights spanning across the AFC Heavyweight, Welterweight and Featherweight divisions.

So there you have it; on 17 May the AFC will expand its operation interstate and inside the confines of a cage. This will be an event for the ages and for fighters and fans alike. 17 May can’t come quick enough.