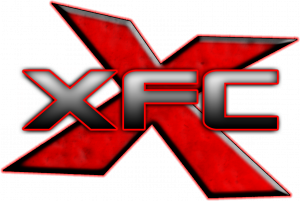 You only get one shot at a first impression, so, when Michigan’s own Dom O’Grady (16-6) decided he would introduce himself to the XFC, and it’s legion of fans, he planned to make an impression they won’t soon forget; and tapped out top contender Eric Reynolds.  O’Grady is a true veteran of the sport.  With a professional career dating back to 2007, O’Grady has been competing domestically and internationally for over six years. Between 2010 and 2012, O’Grady fought eight times for King of the Cage, with an unprecedented six of those eight bouts for promotional titles.  From September to December of 2010, Dom held both the Lightweight and Welterweight KOTC title belts simultaneously.  In 2012, he put together back to back wins for Bellator, before deciding it was time to recharge his batteries and take some much-needed time off.  With his sights now set on the XFC, O’Grady looks to parlay his experiences into another title run, this time with the Xtreme Fighting Championships.

Announced today from XFC President, John Prisco, the XFC has signed another top prospect Lightweight into the XFC roster! After disposing of Eric “It’s a Wrap” Reynolds at XFC 27 this past December, Dom “I hate you so much” O’Grady was very humble on the mic when MMA legend Pat Miletich asked if he felt knocking off the #1 contender put him right in title contention. O’grady’s response was highly respectful of the signed fighters in the XFC, stating this was only his first fight in the promotion and he feels after a couple more wins in the organization, then he may start to think about it. But it wasn’t something that was on his mind, in that moment. His character, along with his impressive performance against Reynolds, was more than enough to catch the attention of XFC President, John Prisco, who today announced the signing of the 16-6 Team H8 Squad Lightweight from Detroit, Michigan.

“The fact that Dom O’Grady versus Eric Reynolds was Dom’s initiation into the XFC, just shows how good of a fighter he really is”, said XFC Matchmaker and President John Prisco.  “To come into the organization and tap out Reynolds, is not something many fighters have been able to do. Dom has headlined several cards for KOTC, when he was their title holder, and that speaks volumes about the type of fighter he is.  He had two great showings in Bellator, as well.  He is a legit, Main Event caliber fighter.  I’m excited to be promoting Dom and to see him competing at the highest level of MMA, here at the XFC. While Dom was gracious in his reply to Pat Miletich about title contention, if he indeed puts together wins inside this roster of fighters, no one will be able to deny him the opportunity at the Lightweight Title. Congrats Dom, welcome to the XFC!”

The XFC (Xtreme Fighting Championships) is a premier International MMA organization based out of Tampa, Florida with offices in New York, Spring Lake, Ft. Lauderdale, Sao Paulo, & Buenos Aires. The XFC is known for entertaining fans with some of the most action packed MMA events on television! Showcasing both Male & Female fighters, the XFC boasts finding and building the names of the next generation of MMA fighters.

Founder and CEO John Prisco had a vision to seek out, sign, and brand a new generation of Mixed Martial Arts Fighters – XFC Fighters. With the world’s fastest growing sport, Mixed Martial Arts, being only 20 years young, Xtreme Fighting Championships strive to bring you the most exciting and well rounded fighters from around the globe. Priding ourselves on the next generation of rising superstars.