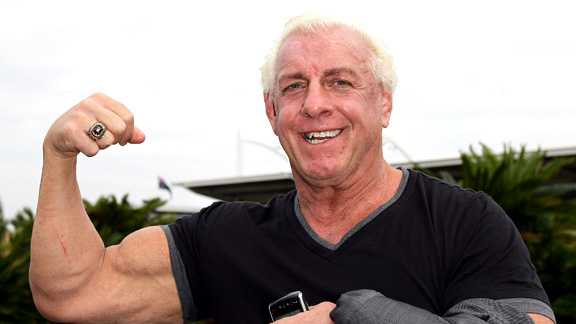 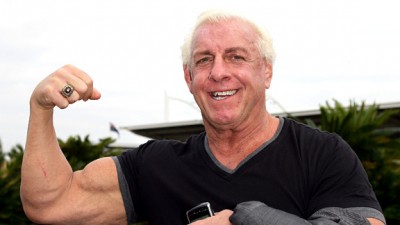 WWE and WCW Wrestling legend Ric Flair flew into Appleton, Wisconsin last weekend to give a pep talk to the San Francisco 49ers as they prepared to play the Green Bay Packers  in an NFL playoff game. Flair hds sent messages of support to his hometown Carolina Panthers in recent weeks. The Panthers wanted to get Flair in Charlotte for a pep talk before their playoff game but Flair was apparently tied up. Below is a video of the media attention Ric received and footage of “The Nature Boy” in action.