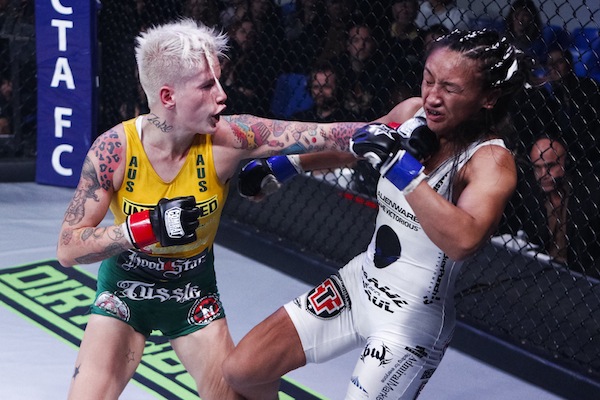 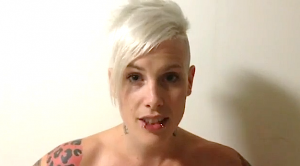 “I’m still a little fish in a big pond,” explains Bec “Rowdy” Hyatt on whether she considers herself a household name or superstar in MMA. But that may all change when the new season of TUF 20 begins and the new women of UFC takeover. The former Invicta FC fighter, who recently signed with UFC, is already a social media Queen in the sport and realizes she has a lot more work to do and fights to win before she hits the Carano or Rousey status.

However, Rowdy recognizes her popularity as being one of the reasons she was called up by Dana White to join one of most anticipated TUF show ever. “I’m Australian and everyone loves Aussies. I also have a pretty large fan base, I always come to fight and I’m ranked number 10 in the world,” says the Proud Australian.

Many agree, including Bec and obviously the UFC, that the women of MMA are more personal with their rivalries than their male counterparts, so I asked her  thoughts on that and she replied,”I think girls are much more emotional and take this very personal so we definitely fight with a lot of passion and emotion.”

A couple of the new UFC women competitors have expressed their interest in possible coaches, and for Bec her choice would be Demetrious Johnson. “I think it’d be cool to have Mighty Mouse coach, mix it up a bit and have dudes coach the girls.”

Bec also commented on creating drama for the upcoming TUF 20, Rousey as the Bad Girl of WMMA, and being careful now with her social-media bursts.

Do you feel fans, as well as a few TUF 20 participants are looking more for the potential drama of TUF 20 vs actual competition?

“No, I think they are excited to see some badass fights. The strawweight division is stacked with beasts, and we all come to fight so I think our fighting will do the talking this season.

On that note is it possible that a few ladies of TUF 20 will seek to create drama?

“I think it will just happen naturally with a house full of girls for 6 weeks and the UFC title on the line. It’s bound to create some tension for sure.”

Has the media made Rousey to be the bad girl of MMA? If you are thrust into that role how will you accept it?

” Absolutely, she is very outspoken and the media like to twitst peoples words to create drama. I don’t think I’ll care because I’m always going to get hater no matter what I do. As long as I stay true to myself I’m not worried how I will be perceived.”

Now that you are a part of UFC will you be more careful with your social media bursts, or have they opened up a new can?

“I will definately be more careful when it comes to my language and insults. I don’t want to upset the boss.”

Any other comments in regards to TUF 20 or your career overall?