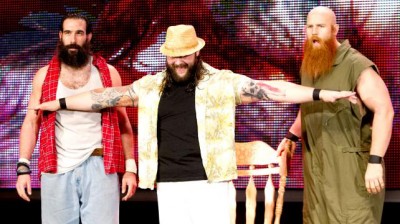 The Wyatt Family is one of WWE’s most promising new factions. They bring a Duck Dynasty meets Wrong Turn meets Texas Chainsaw Massacre vibe with them to our TV screens. If Rowan and Harper do win the tag titles I would guess that means the WWE is truly looking harder at pushing tag teams, an asset they had let fizzle over the past 6 years.

The Wyatt Family’s debut in the WWE: