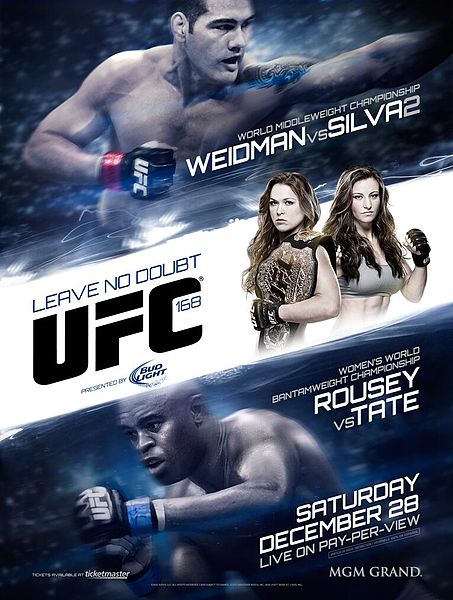 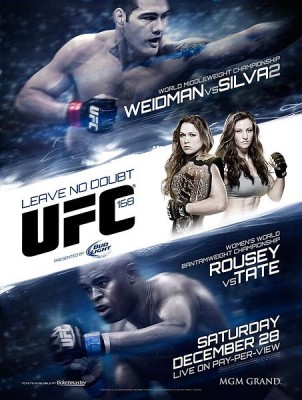 The next big MMA event is just around the corner as MGM Grand Garden, Las Vegas, hosts the highly anticipated UFC 168 this December. The big fight of the night sees current champion Chris Weidman up against Anderson Silva, a battle the bookmakers believe is too close to call.

On paper, both fighters are equal; 74 inches in height and 185 pounds in weight. This is the second meeting between the two men, with Weidman winning by TKO in their last outing and taking the UFC championship away from Silva.

The All-American, heralding from New York, goes into the bout with an immaculate 10-0 record in UFC and it may be difficult to look past him for the victory. The bookmakers currently have him set at 1/1 (even), but can Silva get redemption and win back his crown?

As one of the most experienced fighters on the UFC circuit, Anderson Silva holds the record for the longest reigning champion in the sport, before Weidman beat him last time out. With a record of 33-5-0, it is no surprise UFC President Dana White describes Silva as the greatest mixed martial artist ever to have lived, so Weidman needs to be at the peak of his ability to avoid defeat.

The Brazilian is placed at 4/5 (Silva -135 vs. Weidman +115) for the victory, which will leave most punters on the fence for who will win this one.

The action on the undercard in Las Vegas sees Miesha Tate going in the cage with Ronda Rousey. But all the punters and bookmakers know which way this one is going. “Rowdy” Rousey is priced as short as 1/10 for the victory, making her the clear favorite, while Tate is available at 11/2 (Rousey -1000 vs. Tate +650).

If you want to wait until the night to pick your winners, why not play an online slot machine game at www.jackpotcity.co.uk that fight enthusiasts will love. If you are a fighting fan, then the chances are that you are a fan of the movie Rocky and now you can join him on his journey from rags to riches. You, as Rocky, get to fight Clubber Lang and other contenders in the thrilling bonus feature; knock him out and win 30 times your original bet.