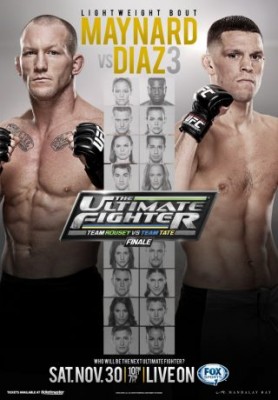 It was a season that was set to make history. That is what happened when The Ultimate Fighter  brought women into the fold and two fighters missed weight. The finals are set and two bantamweights are walking away with a contract tonight in Las Vegas.

It really was a Cinderella story for finalist Jessica Rakoczy. Her MMA record was less than spectacular with only one win to her name. She was a decorated professional boxer with multiple world titles. She took out Roxanne Modafferi and Raquel Pennington to earn her spot to face Julianna Pena.

Pena pulled off what many feel was the upset of the season. In the first female fight of the season defeating favorite Shayna Baszler. She punched her ticket to the finale with a win over Sarah Moras. She is very well rounded and the female finale could easily steal the show.

Team Alpha Male’s Chris Holdsworth was impressive in his two wins. It only took one victory for Davey Grant to make it to the match up in Vegas. The bantamweights are the only two males from the season to get the opportunity to fight tonight.