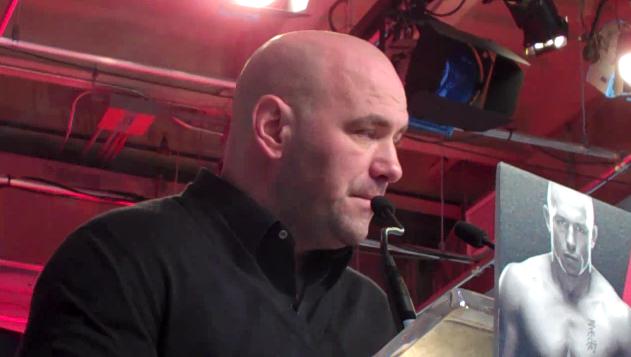 [ads1]
[ads2]UFC President Dana White  met with the media prior to Saturday’s UFC 167 PPV event that’s set to take place in Las Vegas, Nevada. White touched on a myriad of topics that will get you primed for tonight’s huge fight between UFC welterweight champion Georges St-Pierre and challenger Johny Hendricks.

He talks about the dominance of Georges St-Pierre and if he would fight training partner Rory MacDonald. He talks about UFC light heavyweight champion Jon Jones, former Bellator welterweight champion Ben Askren, recent UFC signee Sergio Pettis, Dominick Cruz’s return and much more. Check out the video below:

Be sure to join ProMMAnow.com tonight for the live play-by-play of the UFC 167 event tonight.