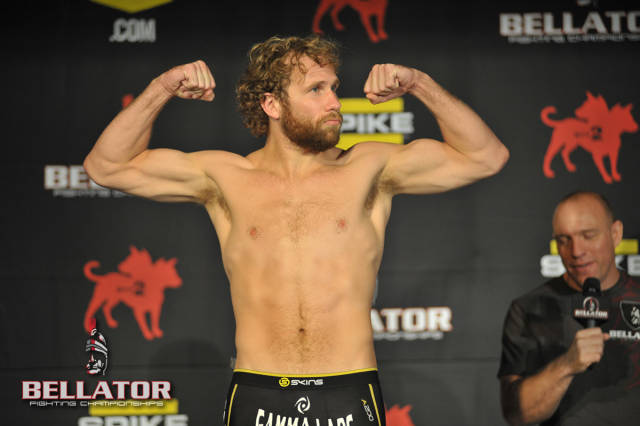 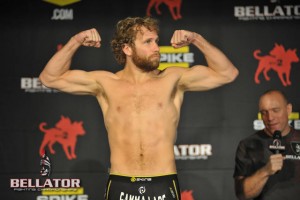 Bellator is back with another Friday full of fightsand this time they take place in the Kansas Star Arena in Mulvane, Kansas. David “The Caveman” Rickels takes on submission specialist J.J. Ambrose in a lightweight collision. Rickels is coming off that knockout loss to Micheal Chandler, and Ambrose is coming off a no-contest in the Kuwait based Gladiator Fighting Championship. These two men are sure to produce fireworks when they meet up Friday night, so here is my breakdown.

Rickels is an extremely well rounded fighter, and he has some great muay thai. In the finals of the Lightweight tournament he took out what many people believed to be a better striker in Saad Awad by way of TKO right at the bell of the second round. Of Rickels’  14 wins three have come by way of knockout, so he isn’t known for his knockout power, but he comes in and brawls.

Ambrose is pretty much a submission specialist but of his 19 proffesional MMA wins he does have four by way of knockout against lower competition. Look for Ambrose to try to take the fight to the ground quickly against the caveman.

David Rickels is a great submission artist he has six wins by submission in his MMA career and of those six five of those are by way of Triangle Choke. So if the fight hits the ground don’t be surprised if Rickels is hunting for an arm and that Triangle from any position, whether it be in the guard, mounted, or any where.

Ambrose is a more well rounded submission fighter, he has 11 of his 19 wins coming by way of submission. Ambrose is also known for his rear naked choke he has five wins by rear naked choke, mostly over lower level competition on the California regional circuit.  Needless to say the submission game is close here.

David Rickels started out his career learning muay thai, and eventually picking up Brazilian Jiu-Jitsu. He may not be a strong wrestler but he sure has great skills when it hits the ground. He scrambles well, and he transitions well; all of this leads him to find the submissions. My only knock is on his takedown game.

Ambrose like we said is a great submission fighter, but he also has a solid takedown game. My only problem with Ambrose on the ground is he tends to stay in his opponent’s guard a little longer than necessary and he stays too low on his opponent. This could cause troubles for him with someone with a good guard like Rickels.

This fight is a lot closer than most people think, J.J. Ambrose is a diamond in the rough and is just waiting to break through. He will have his opportunity to do so against “The Caveman” on Friday night. With that being said, I think Rickels is going to get the win either by decision or by knockout. I think when the fight does hit the mat, Rickels is good enough to threaten with submissions and fight his way to his feet and get the win.