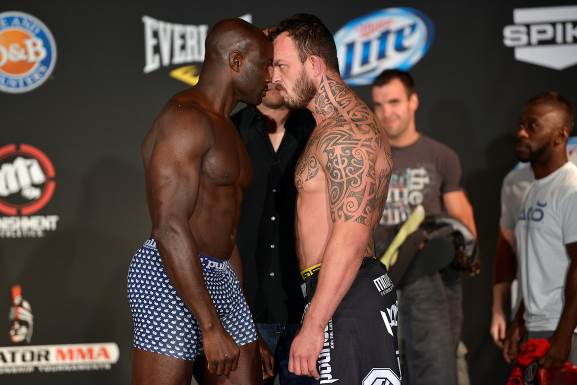 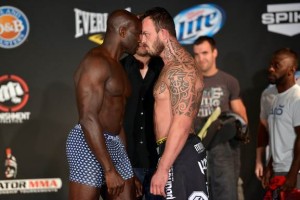 The circus keeps on moving as Bjorn Rebney and company are ready for their next event. Bellator 102 takes place at the Visalia Convention Center in Visalia, California. The fighters have all stepped to the scales ahead of the event that airs live on Spike TV.

In this edition we get the opening round of the heavyweight tournament that includes familiar faces such as former UFC fighters Cheick Kongo and Lavar Johnson. The middleweights will share the spotlight as the field has ben narrowed to four. Jason Butcher will face Mikkel Parlo and Joe Pacheco will look to make the most of his opportunity against Brennan Ward.

As always the main card airs live on Spike TV and you can catch the undercard on Spike.com. Here are your official weigh-in results for Bellator 102.