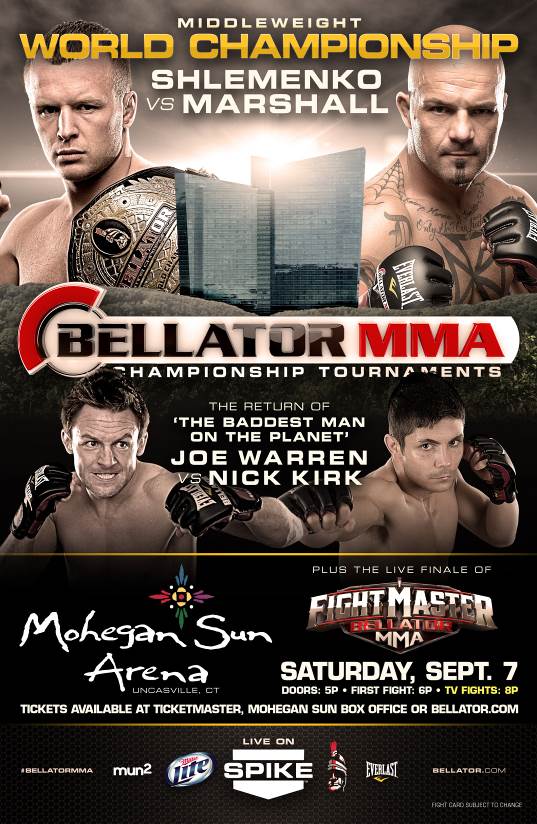 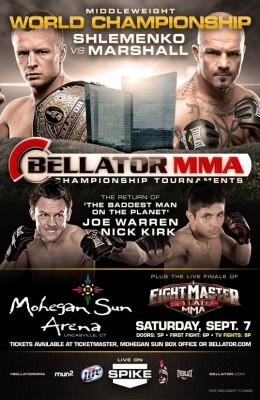 “This Fall’s season is the most stacked season we’ve ever had and this special Saturday night, 3-hour kick off free on Spike TV is an amazing first act. This Middleweight World Title fight has fight of the year written all over it. Adding Joe’s return, the Fight Master finale and the opening round of the Middleweight tourney will be an incredible night of fights at Mohegan Sun.”