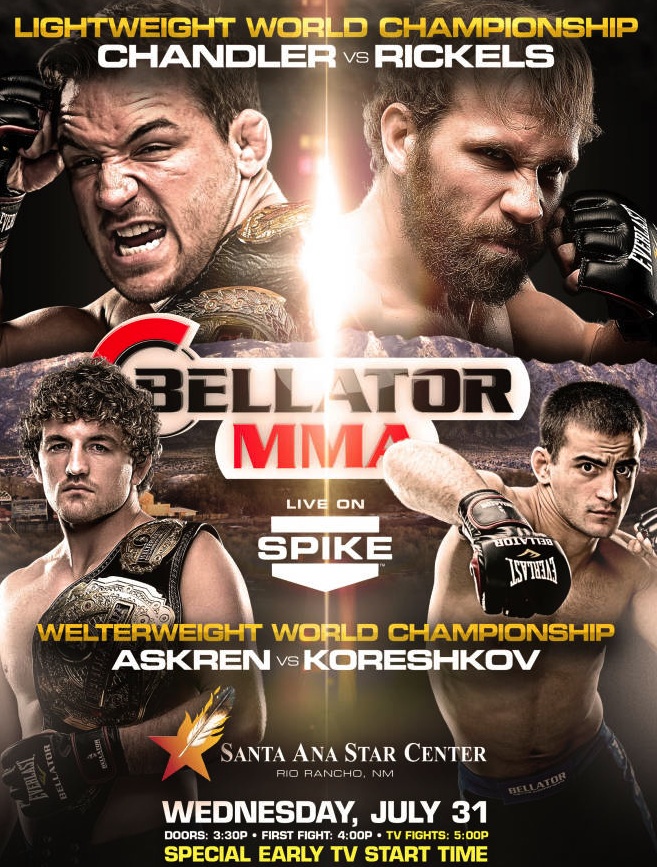 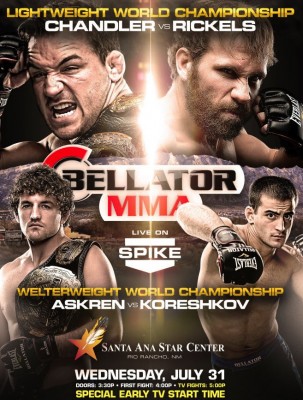 The preliminary card will kick off on Spike.com starting at 6 p.m. ET, with main card action getting underway on Spike TV at 7 p.m. ET. ProMMAnow.com (www.prommanow.com) will provide LIVE results and play-by-play commentary  for the fights.