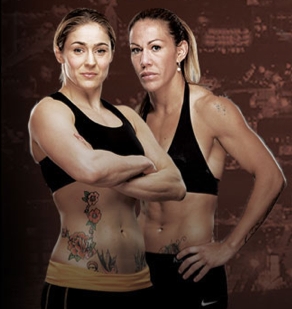 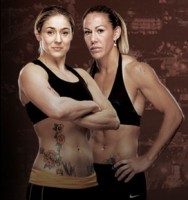 Brazilian KO artist Cyborg, arguably the top pound-for-pound fighters in women’s MMA, and equally dangerous Dutch submission specialist Coenen, will battle in a three, five-minute round rematch for the inaugural Invicta FC World Featherweight (145-pounds) title. “Cyborg” won their first meeting on January 30, 2010, in an action-packed fight that ended on a technical knockout (punches) in the final round.

“We are excited about bringing the Invicta FC brand of women’s world championship Mixed Martial Arts to television for the first time with this tremendous rematch between two of the world’s top women fighters,” said Invicta FC President Shannon Knapp.  “This is yet another step forward for women’s MMA and we are extremely proud to be leading the charge.”

“Invicta FC 6,” presented by Invicta Fighting Championships, is being distributed in  North America by Integrated Sports Media for live viewing at 9:00 p.m. ET – 6:00 p.m. PT on both cable and satellite pay-per-view via iN Demand, DISH,  Avail-TVN in the United States and Bell TV in Canada, for a suggested retail price of only $14.95.

“We’re excited to be distributing Invicta FC 6 to MMA fans in the U.S.,” Integrated Sports Media presidentDoug Jacobs said.  “Women’s MMA has exploded and Invicta Fighting Championships has led the charge.  Fighting stars from all over the world are coming out July 13th for Invicta FC 6. Cyborg is one of the most recognizable and entertaining superstars in women’s MMA.  Fans really enjoy watching her fight and she’s in tough again with another bonafide star, Coenen.  It’s our pleasure to be part of this great top-to-bottom women’s MMA show on July 13th.”

All fights, excluding the main event and co-main event, feature three, five-minute round fights.  All fights and fighters are subject to change.