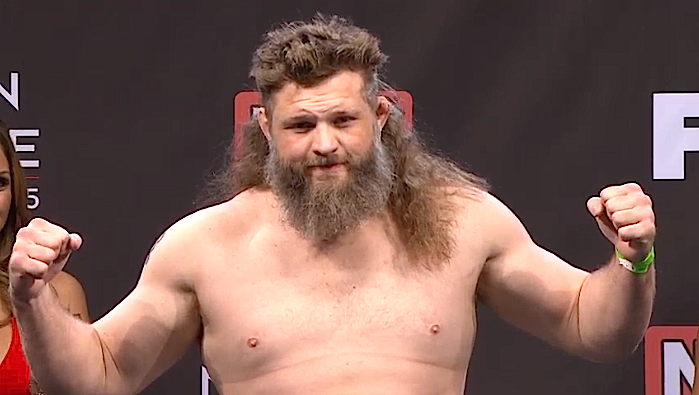 UFC President Dana White has been very public about his disdain for UFC heavyweight Roy “Big Country” Nelson. White’s constant comments about Nelson’s weight and looks would likely get him sued if he was Nelson’s boss in a normal 9-to-5 working environment. Imagine the backlash if White made similar comments about one of his female fighters.

We all know what White has done with the success of the UFC and his business genius, but he doesn’t seem to get it when it comes to Nelson. Yes, Nelson rocks a glorious mullet and out of control beard and has a rather bulbous belly. And guess what, so do half the men in America.

And if half of American males over 35 don’t currently have a mullet, they likely did at one point in their life — or someone in their family did. Roy looks like your uncle who hangs out in the bar and runs that place with an iron fist. And in that lies his appeal.

With over half a million Twitter followers the winner of season 10 of The Ultimate Fighter’s popularity is undeniable. The cheers you hear when he walks in the Octagon are undeniable. But White denies that popularity with MMA fans has anything to do with Nelson’s looks.

“People don’t relate to him in the way that he looks,” White stated following UFC 161. “If people related to him in the way that he looked, there’d be sponsors f*ck*ng stuck all over him. You’re wrong there. What people relate to is that he’s knocked 12 people out in a row. You tune in and you watch this guy who looks like he could barely walk up the stairs to the Octagon and he goes in there and knocks out these guys like Cheick Kongo, this physical specimen, you know. He hits them in the neck and knocks them out. That’s why people like Roy Nelson. And people like Roy Nelson because he’s like the renegade guy and I can’t stand him and I make it very public. It’s not because people relate to him.”

In a sense White is contradicting himself, because he says people don’t relate to Nelson for the way he looks, but because he’s “knocked out 12 people in a row” — and he “looks like he could barely walk up the stairs to the Octagon”.

Some might say at one time or another I had a striking resemblance to Roy Nelson, minus the mullet. I know what I’m talking about. He’s Everyman. He’s the regular guy who can compete with the handsome chiseled muscle-bound athletes that represent the majority of UFC fighters — and he knocks them out.

So White is wrong and he’s right. Actually people “relate” to Nelson because of the way he looks, and he is a source of inspiration of what the regular guy can accomplish because he knocks most opponents out. And in that lies Roy Nelson’s appeal.

6 thoughts on “Dana White is wrong about Roy Nelson”