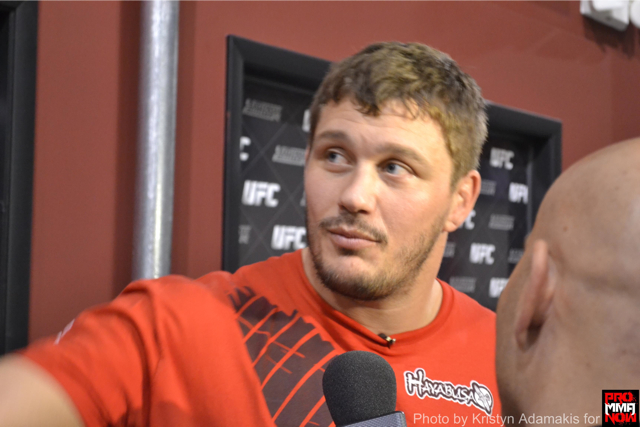 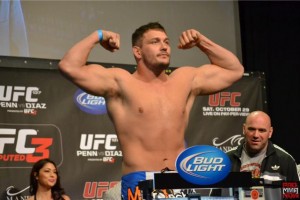 UFC heavyweight Matt Mitrione had some not very politically correct things to say about transgender MMA fighter Fallon Fox on Monday’s episode of The MMA Hour with Ariel Helwani.

“That is a lying, sick, sociopathic, disgusting freak,” Mitrione stated. “And I mean that. Because you lied on your license to beat up women. That’s disgusting. You should be embarrassed yourself. And the fact that Florida licensed him because California licensed him or whoever the hell did it, it’s an embarrassment to us as fighters, as a sport, and we all should protest that.”

The UFC recently adopted a code of conduct for this very reason. Maybe Mitrione missed the memo. When you’re trying to crossover into the mainstream and expand globally, you don’t want this type of publicity.

The UFC has since suspended Mitrione, labeling his comments as “transphobic”. Here is the UFC’s official statement:

“The UFC was appalled by the transphobic comments made by heavyweight Matt Mitrione today in an interview on “the MMA Hour”.

“The organization finds Mr Mitrione’s comments offensive and wholly unacceptable and – as a direct result of this significant breach of the UFC’s code of conduct – Mr Mitrione’s UFC contract has been suspended and the incident is being investigated.

“The UFC is a friend and ally of the LGBT community, and expects and requires all 450 of its athletes to treat others with dignity and respect.”

Mitrione just fought this past weekend, scoring a quick first round knockout over Phil De Fries at UFC on FUEL TV 9 in Sweden. After just having got back on track after two losses, this is not something “Meathead” needed.

In addition to going on the tirade about Fallon Fox, Mitrione also made some off-color comments about the Team Lloyd Irvin situation. These are both topics fighters are going to have to be very cautious about publicly discussing.

There were questions as to whether or not the UFC would actually enforce the recently adopted code of conduct or if it was more for appearances. I guess we have the answer.
[ads2]
[ads1]