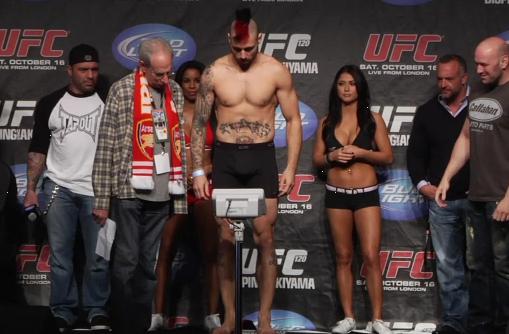 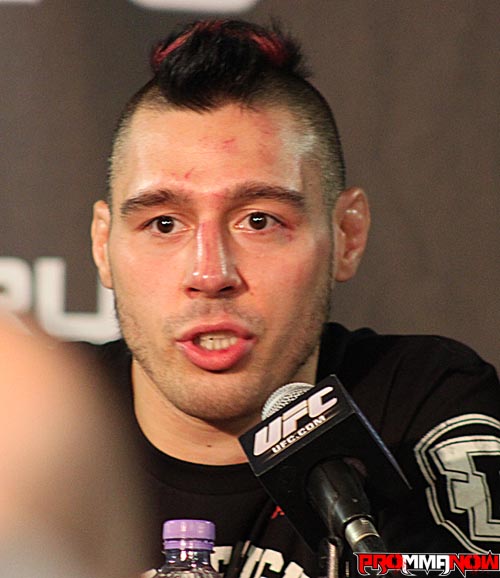 The UFC recently made a decision to start cutting fighters due to their roster being 100 people too heavy. The first casualties were revealed last week when the promotion released 16 fighters from their books.

One of the most shocking and controversial names released amongst the 16 fighters who were let go was top 10 welterweight Jon Fitch. Many people found it hard to understand why the UFC would want to cut such a talented fighter who has been with the promotion for over seven years.

Fellow UFC welterweight Dan Hardy spoke to Jack Bratcher and Gary Thomas on the ProMMAnow Radio show earlier this week and gave his thoughts on the topic.

“Jon Fitch is one of the top in the division, there’s no disputing that. It’s always interesting to watch him fight cause I always learn a lot from him, but at the same time I don’t know the full story behind it, no one does really apart from Jon Fitch and the UFC.”

During the past week various fighters and people within the industry have given their thoughts on the situation. It has been very interesting to hear the different reactions and opinions. I personally feel that the recent cut’s will act as a warning to all fighters that it is within their interests to put on exciting fights if they want to keep their jobs.

I completely understand that this is Mixed Martial Arts and there is a multitude of ways to win, but admittedly that does not always make for exciting viewing. I really enjoy the technical aspect of a fight and like watching various BJJ and grappling techniques during a ground battle, however this is not to everyone’s taste and this may be due to the lack of technical knowledge held by new fans to the sport. Hardy reminds us the UFC is more than a sport:

“I know the UFC are getting rid of a bunch of guys, and I know that they are disappointed with the way that people are stepping into the Octagon. Maybe it’s just a shake-up, maybe they are just trying to show people that we are in the entertainment industry as well as a professional sport. When people pay a lot of money for a ticket they want to see a performance, and some people are coming to get a pay check and it’s kinda disappointing.”

It seems Dan Hardy can understand the reason for the fighters being cut and definitely makes a valid point. From the UFC’s perspective I guess they have so many fighters signed they are in a position to keep the guys who have a fighting style that matches their expectations and requirements on their roster.

Hardy is a fighter who was kept on by the UFC following a four fight losing streak during 2010/2011. I think it is safe to say that Dan’s entertaining style accompanied by his all-or-nothing attitude to fighting is what earned him the organization’s respect.

Hardy responded to the promotion’s choice to stick with him by defeating Duane Ludwig and Amir Sadollah during 2012. Dan is scheduled to face Matt Brown in his next matchup at UFC on FOX 7 on April 20.

It will be interesting to see which fighters the UFC decides to release over the course of the coming weeks and if any further trends emerge relating the reasons behind certain fighters getting chopped.

3 thoughts on “Dan Hardy: ‘When people pay a lot of money for a ticket they want to see a performance’”