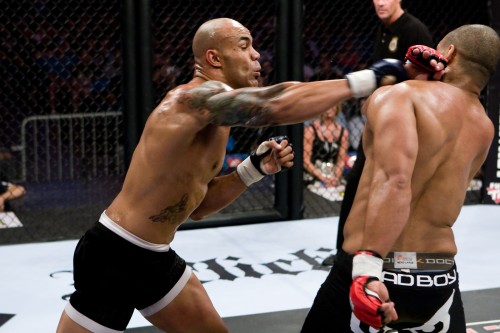 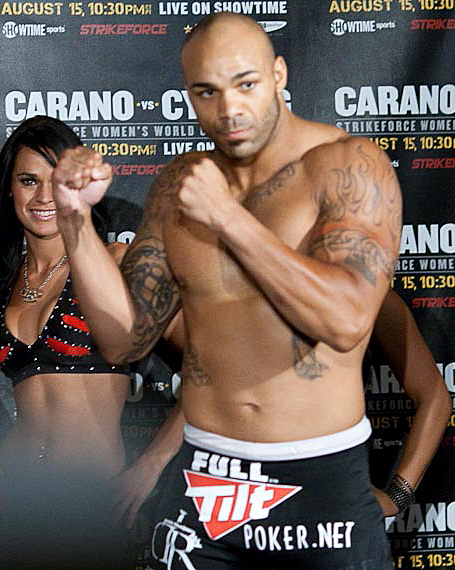 At 32 years of age and after competing in professional mixed martial arts for more than a decade, Mike Kyle is apparently calling it quits. The news comes following Kyle’s first round submission loss to former 205-pound champ Gegard Mousasi on Strikeforce’s final card held Saturday night in Oklahoma City and broadcast live on Showtime.

Kyle has yet to officially announce his retirement publicly. However, MMAFighting.com’s Ariel Helwani first reported it late last night via Twitter:

Mike Kyle just walked by me seconds after losing to Gegard Mousasi and said, "It's not in me anymore. That was my last one."

Helwani then mentioned it in his post-fight interview with Mousasi:

“He [Mike Kyle] just told me as he walked back that he is retired, that he is done with MMA.”

And a reporter from Showtime during his post-fight interview with Mousasi said the same thing:

“I saw him [Mike Kyle] in the hallway a little while ago, he said this is his last fight.”

It’s quite possible this is just a knee-jerk reaction from Kyle. We’ve seen that type of thing happen before when fighters announce their retirement immediately following a loss. But as a veteran who was only able to fight once in 2011, and once in 2012 under the Strikeforce banner — and now the promotion was folding — and he just lost what could have been his return ticket to the UFC, it’s completely understandable how disheartening the situation might seem to Kyle.

Kyle was a make it or break it type of fighter. An American Kickboxing Academy product with a career record of 19-9-1 (2 NC), Kyle only went the distance four times. Twelve of his 19 wins came via knockout, mostly in the first round. He also had three wins via submission.

If Saturday night was your last fight Mike Kyle, we salute you! You were the epitome of an entertaining fighter who came in to leave it all on the line. You carry big power in those ham hocks you call fists and if you do decide to return, UFC or not, I know I and a whole heap of others will be tuning in to watch.