As the corporate climate of MMA continues to grow, fewer and fewer notable independent MMA sites remain. Each week we will bring you some of the top articles from a few of our friends still holding it down out there. From the East Coast to the West Coast, the U.K. and Asia, this is the Independent MMA Link Club. 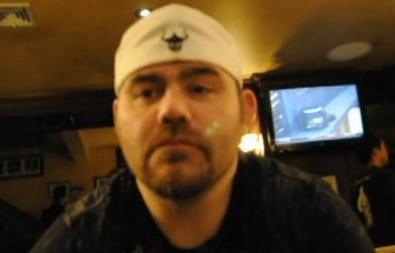 Remember this guy? Former UFC Heavyweight Champion Tim Sylvia reflects on his post-UFC career which includes getting knocked out by professional boxer Ray Mercer, almost fighting Wes Sims, and getting a part-time job as a police officer. “The Maine-iac” also sets the record straight on his acting career and riding in wheelchairs. Sylvia is scheduled … Read more 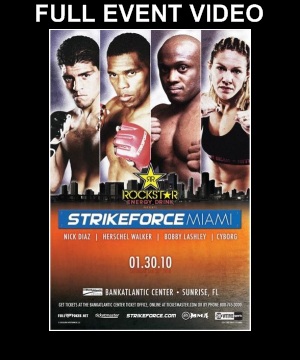 SUNRISE, Fla. – All the fighter’s looked to be in good shape and ready to go last night at the weigh-ins. The stare down of the night was between Cyborg and Marloes Coenen. Officials had to pull them apart from their intense focus on each other. After the weigh-ins both women went back to being … Read more

ProMMA.info has confirmed with Strikeforce Director of Communications Mike Afromowitz that pro wrestling sensation-turned-MMA-fighter, Bobby Lashley (4-0) will be fighting UFC and TUF 10 veteran Wes Sims (22-12-1) at “Strikeforce: Miami” on Jan. 30.

Lashley is coming off a first round submission due to punches win over Bob Sapp at “Ultimate Chaos” in June 2009. Prior to that, he defeated Mike Cook via guillotine and Jason Guida via unanimous decision, also in 2009. And he defeated Joshua Franklin with a :41 second TKO (doctor stoppage) in his Dec. 2008 pro debut.

Sims was last seen on The Ultimate Fighter 10 reality TV show getting choked out by ProMMA.info TUF 10 blogger Justin Wren. Sims’ last official fight was in Nov. 2008, when he knocked out Jason DeAngelo at “Full Contact Fight Series 29”. He is currently riding a three fight win streak.

The Ultimate Fighter 10: The Heavyweights contestant, Wes Sims, is auctioning off “authentic” items from his stint on the Spike TV reality series. Bidders on Ebay have the chance to own a piece, or pieces, of the highly popular MMA reality show. Auction winners will also recieve a Wes Sims autographed TUF 10 photo.

Sims, it seems, is not only selling off his own items. Among the six items up for up auction include autographed posters, a t-shirt, a jersey, and a skullcap worn by Kimbo Slice.

“This is an Official skull cap worn on The Ultimate Fighter 10 by Kimbo Slice now in possession of Wes “A-Hole Show” Sims! Was it theft or just a token of friendship? I don’t know but this is your opportunity to own a piece of gear worn by one of the hottest MMA sensations, Kimbo Slice!” is the description Sims lists in the skullcap auction.

UFC veteran Alberto Crane and TUF 10 fighter Justin Wren joined Matt De La Rosa and “Fast Eddie” Constantine on THE INFO. Alberto gave his take on whether or not Jiu Jitsu could become an Olympic sport, training in Brazil and Southern California, his upcoming fight with Wander Braga, as well as Gabe Ruediger’s philosophy … Read more

First off I would love to say thanks to PROMMA.info for letting me blog for their site, they believed in me way before I was anything and I am thankful to be blogging for them! This episode went really well and I am excited that I got my first victory wearing the “infamous” UFC gloves. I am extremely blessed that I won against such a seasoned veteran!

Matt was being such a wuss during a lot of the filming! He would always have excuse after excuse and he was definitely a drama queen. I have never met a man that needed so much attention, and that was such a weird dude when it came to fighting. He always wanted to talk himself up as the best fighter in the house, but then wanted to be a baby and not train, but still wanted to fight. Matt is smart though… He DEFINITELY knows how to get a TON of air time!

Recently labeled “The Snitch” by his teammates, Matt Mitrione is battling through an injury to his shoulder during training, and wants to get a good old fashioned NFL cortisone shot to help out the injury.

Team “Rampage” is getting in a training session, with Coach “Rampage” reflecting on his 0-4 start. It’s easy to see that the losses are taking a toll on “Rampage”, as the coaching staff concentrates on Zak Jensen’s ground game, or lack there of.

The house has been pretty tame up to this point with the big men, but Wes Sims seems to think that Jensen has had some extra fun in the shower, nearly causing him to roll his ankle from the slip-n-slide action.