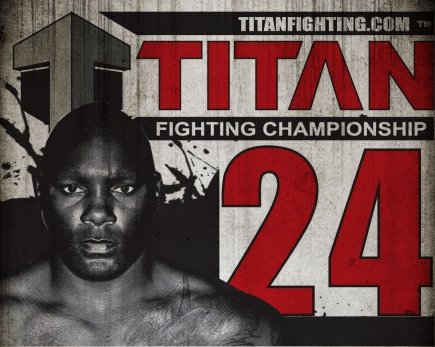 Anthony Johnson may have finally found his ideal weight after starting his career at welterweight before moving up to debut at 205 pounds in the main event of Titan FC 24 against former super heavyweight Esteves Jones.

Johnson showed no signs of slowing down with the additional bulk, showing off his tremendous speed early with a multitude of kicks that set Jones up for a powerful takedown early in the bout. From there Johnson worked free and rained down elbows as Jones desperately tried to tie up the former UFC welterweight contender. Johnson broke free and continued to punish Jones from the top, forcing him to roll and barely survive the bell. Jones stayed on the canvas for some time after the bell sounded as Johnson confidently headed to his corner.

Jones came out winging wild punches to start the second, but again Johnson took control with his kicks before another takedown started the beginning of the end for the former super heavyweight. Johnson postured up and landed a vicious flurry of left hands with Jones trapped against the cage forcing the referee to step in and stop the action at 51 seconds of the second round.

With the win, Johnson (12-4 MMA, 7-4 UFC) extends his current win streak to two, earning his first win at light heavyweight.