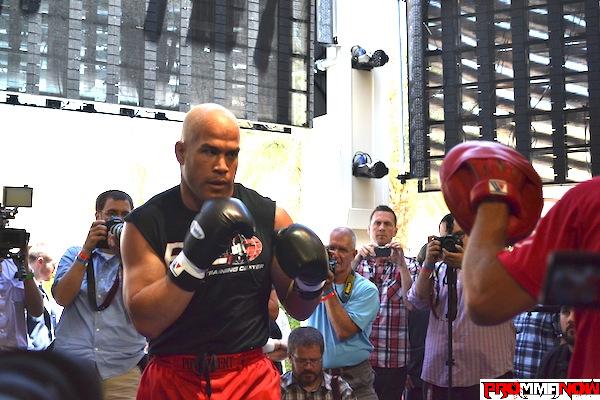 UFC Hall of Famer Tito Oritz is not happy. His final fight inside the Octagon was a rubber match against Forrest Griffin at UFC 148. It was a close fight, Tito dropped Forrest a couple times, but in the end the judges awarded Forrest the decision. After the fight however, it came out that Forrest is yet another fighter that has received a Therapeutic Use Exemption (TUE) for Testosterone Replacement Therapy (TRT) from the Nevada State Athletic Commission. Monday night on “Inside MMA” Tito said he thinks this whole TRT thing is close to becoming an epidemic and feels it is sending the wrong message to fans and kids who want to be fighters.