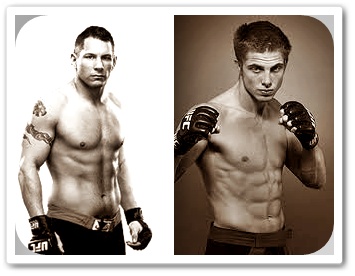 The UFC 149 PPV main card will get started with a welterweight fight between Chris Clements and Matt Riddle. It’s telling that this PPV is a bit weak on paper with these two fighters on the main card. That’s not a knock on either fighter, but neither are anywhere close to be contenders in the welterweight division. However, the one thing that both fighters like to do is flat out scrap and that’s all that counts when we get right down to it huh? Let’s see how this one breaks down.

Chris Clements (11-4) comes into this fight off a split decision win over Keith Wisniewski at UFC 145 in his UFC debut. Clements has won five consecutive fights including wins over UFC veterans Rich Clementi and Jonathan Goulet. Clements has finished 10 of his opponents via TKO/KO, and has been submitted in three of his four losses. He has only allowed one fight to go to the judges.

Matt Riddle (6-3) is coming off a split decision win over Henry Martinez at UFC 143. It was a nice rebound win for Riddle who had lost two consecutive fights. The remarkable thing about Riddle is that his has fought his entire career in the UFC. The TUF seven alum has won two fights via TKO/KO and four fights via decision. Riddle is incredibly durable and has only been finished once in his career, a TKO loss to Nick Osipczak.

This should be an interesting contrast in styles with Clements looking to keep the fight standing and Riddle looking to use his wrestling advantage. Riddle is a decade younger and will have a significant reach advantage as well. Clements is the more accurate striker, but Riddle lands strikes at a pretty high rate as well.

The difference in this fight will be the size and length of Riddle coupled with his wrestling ability. Clements struggled a bit with stopping the takedown in his last fight so that will more than likely play a factor in Saturday night’s fight. It should be noted that Riddle does take quite a bit of punishment when he decides to trade strikes on the feet but does have a good chin. He was outstruck soundly early on by the much smaller Martinez who usually fights at ligthweight his last fight. His opponent took the fight on short notice and began to gas as the fight went on. That and Riddle’s wrestling/cardio was the difference in that fight as Riddle poured in on in the final round to take the split decision.