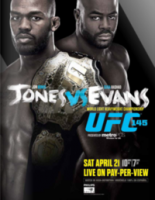 The much anticipated UFC 145 event has come and gone both answering questions and presenting new ones into the fold. We had the opportunity to see some young guns continue to rise of the ranks, while former champions and contenders fell by the wayside. Let’s put on our UFC matchmaker hat and see what’s next for some of the key fighters from the event.

There you have it, feel free to drop your own thoughts on who should fight who next!