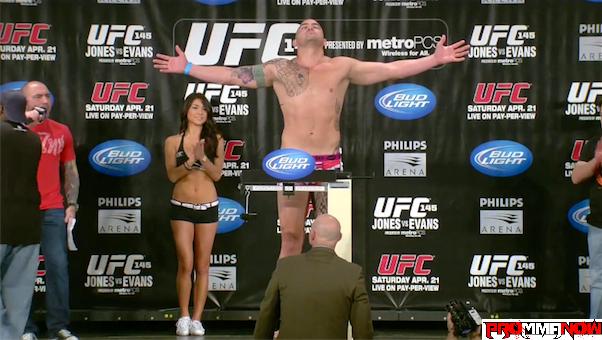 Browne has refocused on his career with his kids being his main motivation, and after his second camp at Jackson’s MMA in New Mexico away from them, he’s ready to get back home.

“I’ve worked on so much this camp,” Browne told FIST-ta-Cuff radio of the ProMMAnow.com radio network. “I think that a lot of my weakness before are my strengths now. I’m a different fighter this time.”

Despite not suffering a loss in his career, Browne insists that the new version of “Hapa” still has to prove that he’s one of the best heavyweights in the UFC.

The physical skills of Browne have never been in question, but he has admitted that his mental focus was not always where it needed to be to ascend to the top of the UFC’s heavyweight ladder.

The changes he made in switching camps from San Diego’s Alliance MMA down to New Mexico with Greg Jackson was a necessary one in Browne’s mind. The pressure of family and friends training too close to home ultimately made the decision to train away from home the correct choice for Browne.

“I took a step back around New Years and re-evaluated where I was in my life and the reasons I was doing this,” Browne said. “I’m doing this because I love it. First and foremost, I’m doing it for my kids so I can change their lives so they can grow up a little bit different than I did. I want to be the dad that the kids are proud of. I’ve gotten back on track, and doing my camp in Albuquerque kind of sucks because I don’t have my kids and that’s a daily reminder. It seriously motivates me.”

A motivated Browne is a threat to anyone in the UFC’s heavyweight division and in 2012, “Hapa” plans to show the fans just how far his motivation can take him.