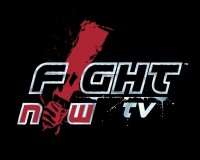 Fight NOW TV, starting at 11AM/ET, will deliver the best of LIVE Judo from Dusseldorf, Germany. The Düsseldorf Grand Prix will award valuable points towards Olympic qualifiers to the London games this summer, insuring the best judoka in the world will be competing.

Founded in 1951, the International Judo Federation has organized both the yearly World Championships and the World Judo Tour, which is made up of five Grand Prix, four Grand Slams, and a World Master at the end of each year.

“This is a big weekend for us at FIGHT NOW TV,” said Mike Garrow GM and co-founder of FIGHT NOW TV. “Three events, from three different counties, featuring three different sports – all live! This is exactly what we are all about here at the channel. To think we are not even one year old as a service provider and we already have all of this great combat sports action going on. It’s incredible. I am so excited that we are providing high quality sports entertainment to passionate fight fans and delivering on our promise to be: Your source for combat sports 24/7.”

About FIGHT NOW TV: With offices in New Jersey, Las Vegas and Toronto, FIGHT NOW TV is a cross-platform media company that creates and distributes content through its television, video on demand, and online outlets.

Founded by Channel Zero, Inc. and media entrepreneur Mike Garrow, FIGHT NOW TV launched earlier this year as the first and only 24-hour-a-day, seven-days-a-week combat sports channel in the nation. The network’s mandate is to bring the best battles, fiercest fights and stunning knockouts to America. FIGHT NOW TV caters to fight fans of every genre, giving them a front row seat to compelling coverage of MMA, boxing, wrestling/grappling, Muay Thai, kickboxing and other combat sports. FIGHT NOW TV is the place for the best analysis, live and current events, documentaries and news coverage of the biggest PPV events and match-ups from around the globe.

FIGHT NOW TV has also enlisted one of the fight game’s biggest names to join its camp, 5-time UFC champion and MMA legend Randy Couture, who serves as both spokesperson and analyst for the channel.

For more information about FIGHT NOW TV go on line at www.fightnow.com, or follow on Twitter@fightnowtv and Facebook.com/fightnowtv.