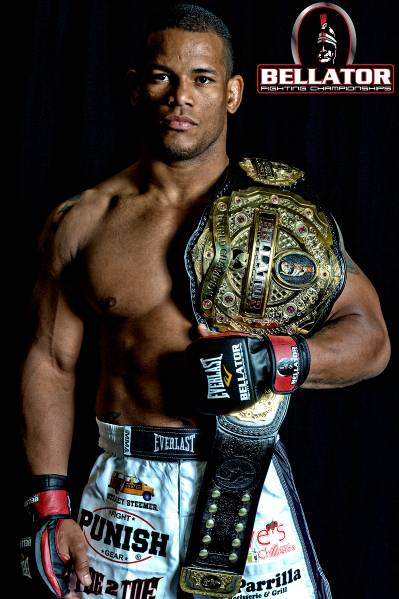 Bellator middleweight champion Hector Lombard will put his 23-fight win streak on the line against UFC veteran Trevor Prangley in a non-title catchweight bout at 195 pounds at Bellator 58 scheduled for Nov. 19 at the Seminole Hard Rock in Hollywood, Fla.

Bellator Fighting Championships announced the match-up on Tuesday. Lombard is anxious to get back in the cage and commented on facing Prangley:

“I just want November to get here and knock someone out. I doesn’t matter who it is, I just want to do what I do and that’s win. I don’t know much about Trevor, but it doesn’t matter. I’ll be in front of my fans in Florida, and it’s going to be a show.”

Lombard (30-2-1, 1 NC) has gone unbeaten since Nov. 2006 when he lost a unanimous decision to Gegard Mousasi in Pride. Since then he has ran through 23 straight opponents, with only Kyle Noke going to a draw with Lombard in 2007 at Cage Fighting Championships 1 in Noke’s home state and country of New South Wales, Australia.

Lombard currently holds three middleweight titles in three different promotions, including Bellator. Since winning the Bellator 185-pound strap in June 2009 with a fourth round TKO (doctor stoppage) of Jared Hess at Bellator 12, Lombard has knocked out three Bellator opponents in non-title bouts and defeated Alexander Shlemenko via unanimous decision in his only Bellator title defense thus far.

Lombard has fought three times so far this year, scoring a first round TKO over Joe Doerksen, a third round knockout of Falaniko Vitale and a second round heel-hook submission of Jesse Taylor.

Prangley (23-8-1) has fought twice so far this year. Following a split decision victory over Keith Jardine at Shark Fights 13 last September, Prangley dropped a first round submission loss to Roger Gracie in January and a first round knockout loss to Tatsuya Mizuno at Dream in July. Prangley has only won one of his last four bouts.

Despite only four of his 23 wins have come via knockout, the South African wrestler said he intends to stand and bang with Lombard:

“Both of us are going to get in that cage and throw bombs, no questions asked. It’s no secret both of us like to stand and bang, and that’s exactly what everyone is going to get. I know Hector is really tough on his feet, but so am I, so he’s going to have to play my game when the cage door shuts.”

Stay close to ProMMAnow.com (www.prommanow.com) as more fight card match-ups are announced for Bellator 58. Refer to our Upcoming Events page at any time to see the latest and most up-to-date fight announcements.