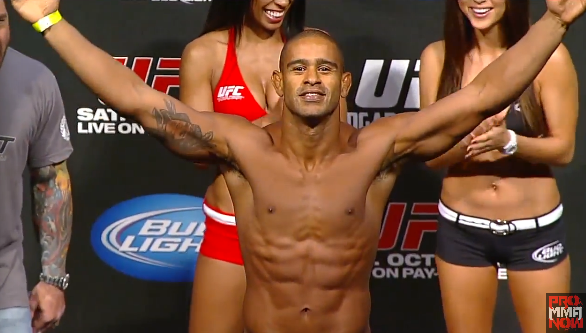 Masanori Kanehara returns to action in Moscow at Fight Nights “Battle of Moscow 4.” His opponent will be undefeated prospect Rasul Mirzaev.

Strikeforce has signed an extremely exciting prospect, Maximo “Maxi” Blanco. He began his career in Sengoku, and is now set to make his American debut.

A Japanese wrestling stud and SRC veteran is set to travel across the pacific to fight in Canada.

Sengoku middleweight champion Jorge Santiago talks about why he gave up his throne in Japan to come fight better competition in the UFC’s middleweight division.

Deerfield Beach, FL USA (February 22, 201) – Sengoku Middleweight Champion Jorge Santiago (23-8, 9 KO/TKO’s, 12 submissions) has recently been signed to a multi-fight contract with the Ultimate Fighting Championship (UFC), with specific details of his first fight to be announced shortly. Santiago previously competed in the UFC in 2006. Since leaving from the … Read more

After much speculation, Sengoku middleweight champion Jorge Santiago (23-8) has officially announced his signing of a multi-fight contract with the UFC.

CHICAGO, Ill. (February 17, 2011) — Ronnie Mann is coming back to America. Bellator Fighting Championships today announced the acquisition of the top featherweight Brit to its burgeoning roster of 145 pounders. Mann, who has spent the bulk of his 21 fight career in Japan and England, made his U.S. debut last September where he … Read more