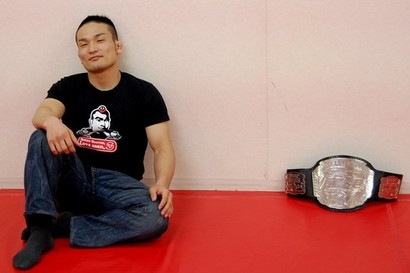 Fighting Entertainment Group, the parent company behind Dream and K-1, announced a lightweight match up for Dream 17 “Fight for Japan” today. Deep lightweight champion Katsunori Kikuno will take on Daisuke Nakamura on the card, which takes place May 29 at the Saitama Super Arena in Saitama, Japan.

In his last fight, Kikuno successfully defended his Deep title with a majority-decision victory over Nobuhiro Obiya at Deep 50 Impact. With the win, he finished 2010 with a 2-1 record that also included wins over UFC veteran Kuniyoshi Hironaka and a loss to Strikeforce veteran Gesias Cavalcante.

Nakamura, also known as “Flying Armbar,” went 3-0 in 2010 after a rough 2009. In his last fight, he scored yet another flying-armbar submission over Toshikazu Iseno.

Dream 17 will serve as the kickoff event for the Dream Japan Bantamweight Tournament. The first and semifinal rounds of the eight-man tournament will be part of the card.