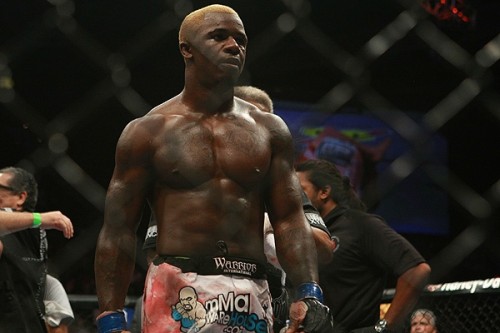 The UFC has officially added a lightweight contest to UFC 132. Melvin Guillard will take on Shane Roller at the event, which takes place on July 2 at the Mandalay Bay Events Center in Las Vegas.

In his last outing, Guillard scored perhaps the biggest victory of his career when he stopped Evan Dunham in the first round. The win stretched his current winning streak to four. “The Young Assassin” has been fighting in the UFC since failing to win the second season of “The Ultimate Fighter.” During his promotional career, he has also defeated Dennis Siver, Gleison Tibau and Jeremy Stephens.

Roller authoritatively made his UFC debut against Thiago Tavares at UFC Live 3. After dropping the first round, he returned in the second round and finished the Brazilian with a devastating right hand. Before coming to the UFC, Roller was a regular in the WEC lightweight division. During his run, he scored victories over Anthony Njokuani, Jamie Varner and Danny Castillo. He also earned “Submission of the Night” honors twice.

UFC 132 has not been officially announced by the promotion. However, several media sources have reported that it will take place at the Mandaly Bay.