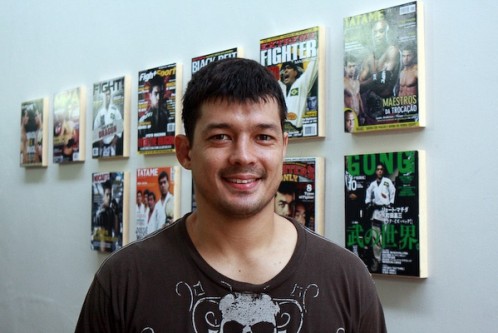 Machida will return to the sport after an over four-year hiatus. He last fought against Bryan Rafiq in 2006. Rafiq submitted the Karate fighter with a guillotine choke. Prior to that, Machida had defeated Cristiano Rosa at Jungle fight 4. For his second MMA campaign, Machida has said that he intends to fight in the lightweight division.

Like his younger brother, Machida is a Shotokan Karate Black Belt. He has competed at some of the highest levels of Karate. In 2006, he finished second to Koji Ogata at the world championships.

Laiola currently sports a 4-1 record as a professional MMA fighter. In his last fight, he dropped a decision to Jadyr Guida at Win Fight Entertainment 6 in May.