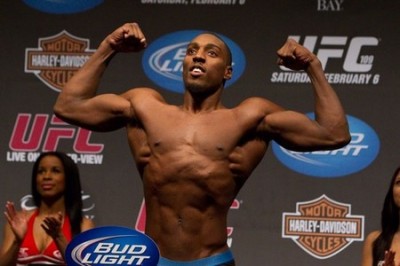 Davis has won his first three UFC bouts, most recently scoring a unanimous decision victory over Rodney Wallace at UFC 117.

Boetsch isn’t a stranger to wrestling either, earning All America honors in high school and picking up four years of collegiate experience at Lock Haven University.

Armed with a pair of heavy hands, Boetsch has gone 3-2 in the Octagon, including a decision win over Todd Brown at UFC 117. It was Boetsch’s first fight back in the UFC after a year-and-a-half hiatus.

Although Boetsch has a couple more years MMA experience, Davis’s athleticism and natural ability could even things out. Boetsch, though teamed up with trainer Matt Hume to help work his way back into the UFC and tighten up the holes in his game.