The plot thickens… With the somewhat controversial split draw result of the Tyson Fury vs WBC heavyweight champion Deontay Wilder fight behind us there are slews of hot takes on it.  In the 12th it appeared Tyson was knocked out cold but then he rose from the dead to finish the round. On a recent episode of the Joe Rogan Experience podcast he and his guest Deontay Wilder both agreed that Fury should have been counted out. Check it out.

It’s hard to believe we will finally see Tyson Fury fight Deontay Wilder for the WBC heavyweight championship tonight.  A lot of fans seem to be giving Deontay Wilder the edge so we decided to see what the boxing professionals thought.  TMZ sports caught up with former heavyweight champion Evander Holyfield to get his take.  Check out what he said before the 9PM pay per view start time. 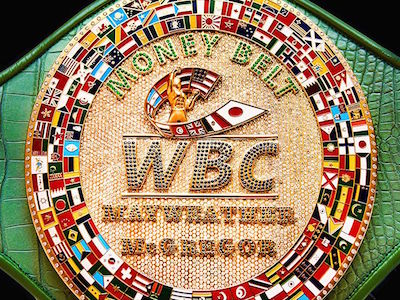 Floyd Mayweather and Conor McGregor will get it on this Saturday after one heck of a hype train ride. The prize? A belt that would make the Million Dollar Man Ted Dibiase jealous. They call it the “Money” belt. Here’s the statement we all got about this celebration of excess: In order to celebrate this … Read more

Lion Fight Promotions announced today that it has partnered with Go Fight Live (www.gfl.tv) to deliver a live, online stream of its highly-anticipated World Boxing Council (WBC)-sanctioned “Battle In The Desert 4, Live from The Joint” Muay Thai championship event at Hard Rock Hotel and Casino in Las Vegas, Nev. on Sat., Nov. 19.

(PRESS RELEASE) – Legendary Nicaraguan boxing great, Ricardo Mayorga has his sights set on being a mixed martial artist and is the latest top-tier athlete to join what is now the fastest growing MMA promotion in the world.

“I think I can say, and without sounding cocky, that I will do even better in MMA than I have in boxing,” said Mayorga via translator.  “I’m going to fight till I get my belt as a world champion then I can retire.”

Ricardo Mayorga first delivered the announcement via press conference for local Miami media at, The Fight Club, in Miami and answered the many questions that have already been buzzing through various media outlets.