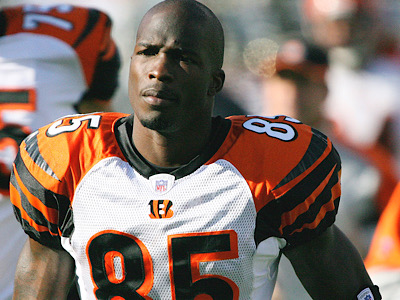 Floyd Mayweather Jr called up Chad Johnson aka Ochocinco on the phone and the next thing he knew he was going to be facing Brad Maxwell. The pair will square off on June 6th as part of the undercard for Logan Paul versus Floyd Mayweather Jr. Johnson is 43 years old and has never participated … Read more

Derrick Lewis is happy about getting the chance to face Daniel Cormier at UFC 230 in the main event. It is an opportunity for him to capture DC’s heavyweight title and while he is grateful he doesn’t feel he should have gotten the shot over Stipe Miocic. Cormier knocked out Stipe at UFC 226 to become the heavyweight king and unlike most champions he was not offered an immediate rematch. Lewis understands this and he opened up about it to TMZ sports.

UFC welterweight champion Tyron Woodley slams rapper Kany West for his pro Trump comments in this video courtesy of TMZ sports. Damn Gina. Bye Felicia. And everything in between. Check it out…