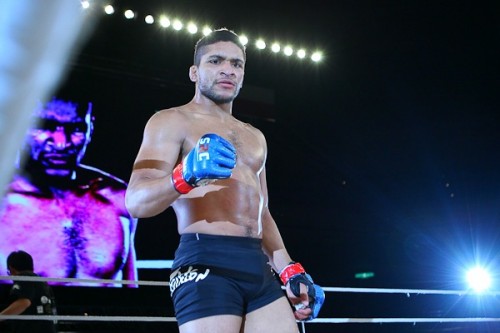 Sherdog has reported that top-prospect Maximo Blanco has signed a four-fight contract with Strikeforce. The report cites “[a] source close to Blanco.”

Blanco recently signed with SuckerPunch Entertainment with hopes of signing with an American promotion.

“Maxi” was one of the original two “Sengoku training players.” However, financial support for the program was pulled when retail chain Don Quijote severed ties to SRC.

After an extensive wrestling career that included a bronze medal at the Pan-American Games, Blanco turned to MMA in 2008. He has already built an 8-2-1 record and captured the lightweight King of Pancrase title. In his last fight, he defeated Korean prospect Won Sik Park.