ProMMAnow is live on scene at Mohegan Sun Arena in Uncasville, Conn. for tonight’s Bellator 110 action. The main card will featured five tournament battles including three in the featherweight division as well as two in the light heavyweight category. 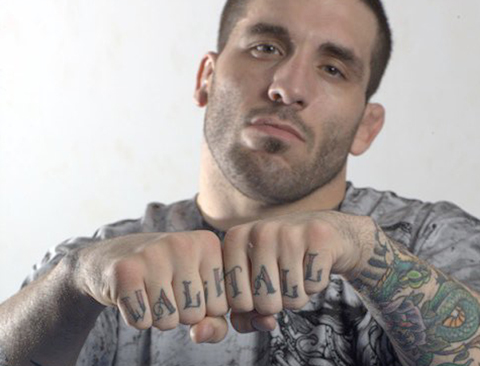 Thirty-four-year-old mixed martial arts veteran Kurt Pellegrino (16-7) will come out of retirement to face Saul “The Spider” Almeida (12-4) inside the Bellator MMA cage on Friday, Nov. 15, LIVE on Spike TV from Revel in Atlantic City. 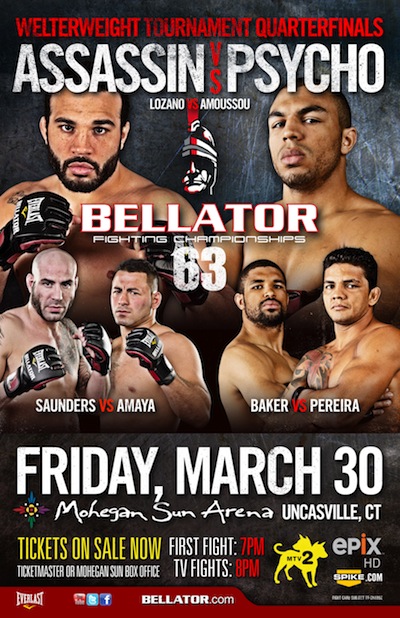 Bellator 63 takes place this evening at the Mohegan Sun Arena in Uncasville, Conn., and features the quarterfinals of Bellator’s Season 6 welterweight tournament.

Bellator Fighting Championships prepares to make its sixth trip to Connecticut, the fight card for Bellator 63 has been finalized and features a night of incredible finishers

Bellator 48 will bring the promotion’s Summer Series to a close on Aug. 20, at the Mohegan Sun in Uncasville, Conn. The promotion has confirmed several local feature fights for the prelims.

SOMERVILLE, Mass. (May 4, 2010) – Saul “The Spider” Almeida, who has compiled a perfect 8-0 record on the Boston-area regional circuit since turning pro less than 18 months ago, was the unanimous winner of an open tryout held earlier today by Bellator Fighting Championships, earning him the right to fight during one of Bellator’s … Read more

In what promises to be a war, WEC Veteran Mike Campbell makes his return to World Championship Fighting when he takes on the ultra-tough brawler, Mike Medrano.

When Campbell last fought for WCF, he was victorious in the night’s main event, knocking out Rich Moskowitz in les than 90 seconds. Both fighters have shown in their previous fights that they have the punching power to end the fight in an instant. You definitely don’t want to blink in this one!