Disappointing news came from lightweight champion Khabib Nurmagomedov’s manager Ali Abdelaziz about their next fight. Since trouncing Conor McGregor in October the Khabib related rumors have been out there that former champ Tony Ferguson would be next. That is the only fight that makes sense in terms of logic and fairness which means the UFC … Read more

According to Khabib Nurmagmedov’s manager – Conor McGregor may be ‘running out of money’. In this interview with TMZ he discusses it in detail and we want to know what you think of this claim.

I posted a pretty long list of wrestling salaries and just how terrible they were for WWE/NXT. It was very popular so I’m back after digging around to drop some knowledge on just how strange salary determination was in the 80’s and 90’s. Check it out. Steve Austin’s very first WCW contract in 1991, paid him $75,000 … Read more 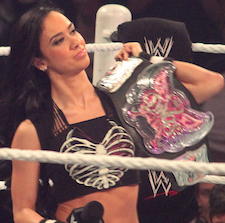 Former three-time WWE Divas Champion AJ Lee has retired from in-ring competition according to WWE officials. Unfortunately that’s about all we know at this point. The 28-year-old wife of newly-signed UFC fighter CM Punk lost her Divas title to Nikki Bella last November, then was out three-months with a back injury. She made her return … Read more

When Floyd Mayweather and Manny Pacquiao clash on May 2nd it will be one of the biggest matches in boxing history. Marcos Villegas of Fight Hub TV breaks it all down here with 12 Things You Need To Know including what weight the fight will be contested, what titles are on the line, ticket prices, … Read more 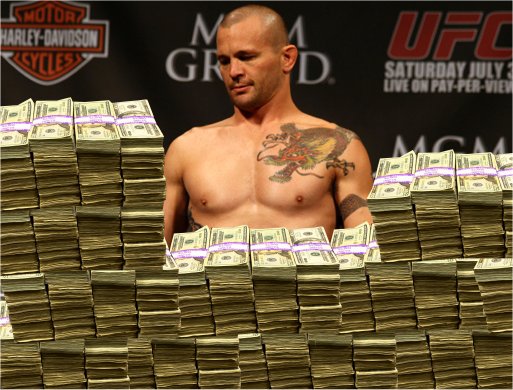 I think even the top level fighters in the UFC would tell you that being a fighter is a labor of love. In addition to working their bodies as hard as possible nearly everyday, the toll that being a fighter takes moves beyond the physical and mental into the financial. While I’m sure many of … Read more

Yahoo.com reported the following earlier today. The WWE announced Thursday that it had re-signed with NBCUniversal in a deal that would pay WWE about $150 million a year, a decent increase of 50% on the previous contract but nowhere near the spike investors had been waiting for. According to Forbes, McMahon, the chairman and CEO of … Read more

We previously reported on the cancelation of Strikeforce’s Melendez vs. Healy event and the great impact canceled cards can have on those who are financially dependent on an already sparse annual schedule of events.

It’s that time again… Joe Rogan time! This week’s guest is none other than funny man movie star Dane Cook. The two comedians trade stories and talk about coming up in the business.