When we first found out that Eddie Ng was injured and couldn’t face Muayfit’s Arnaud Lepont, we were bummed. Bummed out like a Pacman fan who used his last 10 bucks to bet on Manny, 10 bucks which he could have used to buy beer. We didn’t know why though. Maybe it’s because both guys were two of the hottest prospects fighting out of Southeast Asia today, maybe it was because there was a certain mystique built around both of them or maybe it was because they both were kind of cool. 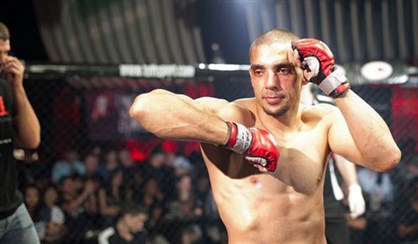 As the days inches closer to ONE Fighting Championship’s first foray into the Malaysian market with it’s Destiny of Warriors event, more fights are being announced. Yesterday via Twitter, ONE FC announced that Malaysia’s most popular fighter, Adam Kayoom will be facing Gregor Gracie.

We talk with up-and-coming Malaysian MMA prospect AJ Pyro about his upcoming fight with Majee Overall taking place at DARE Championships this Saturday in Bangkok, Thailand, and streaming on ProMMAnow.com.