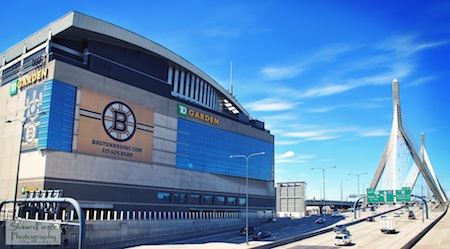 For months now the UFC has been planning for a blockbuster show on Aug. 17 at TD Garden in Boston, Mass. to kick off the launch of the FOX Sports 1 television network. The main event features Brazilian star Mauricio “Shogun” Rua taking on Chael Sonnen, and the co-main event features Dutch kickboxing champion Alistair Overeem vs. Travis Browne.

MMA fighter and trainer Brian Imes expounds on mixed martial arts as a passion and as a business in a world where so few are happy with the work they do.

I remember coming home one day with a plant for my mother. I had picked it off the side of a country road. Thinking that I would be considered great for my gesture, I presented this ditch weed to her at our home.

UFC President Dana White told TMZ.com that the promotion has suspended Chael Sonnen following his guilty plea on one count of money laundering.

From SunSentinel.com: In a harried fight to keep one of his fighters from competing in an event put on by a rival promoter, Don King posted a $1 million bond in cash in Broward Court Saturday. The bond was to secure an injunction against the promoter and the fighter, King and his attorneys said. …He delivered … Read more

It is being reported that the fighters still in contract limbo due to the failure of the sale of EliteXC have joined together with the Mixed Martial Artists Fighters Association and forwarded a draft of complaint to EliteXC officials to have them officially released from the company. They have warned in the complaint that if acknowlegement of their release is not granted within a specefied time frame, they will in turn file the complaint in open court.

The complaint itself was brought about by multiple fighters’ agents banding together with the MMAFA to speed up the release status of their collective clients’ contracts that are still owned by EliteXC.

We will have to wait and see what action, if any, EliteXC will take on this complaint but the agents feel like this will gain their fighters freedom to fight for other companies, as opposed to being stagnant and unable to earn an income while ProElite tries to sell their company.

There is trouble in New York. For fans of the greatest sport in the world, mixed martial arts, each year seems to be getting better. New states open the flood gates to allow sanctioned MMA fights and young people everywhere have a new sport they can participate in and make a career out of if they choose.

Just when MMA appears poised to take over the world, a speed bump in New York could slow down the progress. The New York State Assembly’s Tourism, Arts, and Sports Development Committee held session on Tuesday and among several pieces of legislature up for vote is Bill 1-11458-A, designed to regulate the sport of MMA in New York state.

The bill was not on the committee’s agenda this week but could be voted on as early as next week. Assemblyman Bob Reilly, a Democratic member of the committee who represents the 109th district of New York, opposes the legislation and his sentiments seem to be gaining some traction.