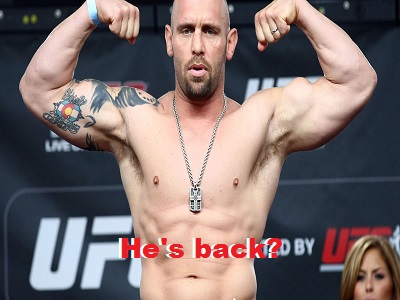 Shane Carwin called it quits back in 2011 after a loss to Junior Dos Santos but it appears he’s back in the saddle. It’s not a return to the UFC but a potential return in the Bellator organization. Here’s what Carwin revealed on Facebook: I sent Bellator MMA a request to get on as an … Read more

Japan’s premier stand-up fighting league, GLORY World Series, have announced a 16-Man Grand Slam heavyweight tournament set to take place in Tokyo, Japan in December. Today they revealed the names of the first 13 fighters who have accepted an invitation to compete in the tournament.

CHICAGO, Ill. (August 31, 2011) — When Bellator kicks off its Season 5 Heavyweight Tournament, the eight man field will bring a dominating 73-15-2 record into the cage that includes 41 combined knockouts. The eight heavyweights are set to square off at Bellator 52 as the promotion will determine who will earn a title shot … Read more

Strikeforce held a media conference call today in anticipation of the first round of their heavyweight tournament, which begins on Feb. 12 in East Rutherford, N.J.

The deal is done; the stage is set; the time is fast approaching: three clichés that fans around the world have been eagerly waiting to hear. On February 12th, when the first bell sounds to kick off what is being widely considered as the greatest heavyweight tournament in mixed martial arts history, it’s in proper … Read more

CHICAGO, Ill. (August 12, 2010) — Bellator Fighting Championships officially announced today that Russian heavyweight Alexey Oleinik is the latest and final addition to the Bellator Season 3 World Heavyweight Tournament.  The Judo black belt is not only one of the most respected fighters in Russia, but also one of the most dangerous heavyweight submission … Read more

Bellator put yet another piece in place for its much-anticipated Season 3 Heavyweight Tournament with the addition of Spanish submission specialist Rogent Lloret.