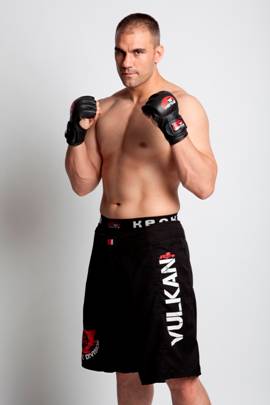 CHICAGO, Ill. (July 16, 2010) — Bellator Fighting Championships put yet another piece in place for its much-anticipated Season 3 Heavyweight Tournament today with the addition of one of the top free-agent heavyweight fighters in Europe, Spanish submission specialist Rogent Lloret.

The Gracie Brazilian jiu-jitsu black belt and M1 Global veteran has not lost a fight in more than three years and enters the Heavyweight Tournament with a 9-1-1 overall pro record. He is known for his smothering ground game — submitting six of his nine victims, including four by arm triangle choke — but also displayed his striking prowess when he KO’d Serbian MMA veteran Miodrag Petković with a devastating high head kick this past April.

“Ever since we decided that we would hold a Heavyweight Tournament, we were hoping to sign Rogent Lloret,” said Bellator founder and CEO Bjorn Rebney. “He was one of the top heavyweight free agents in Europe for a reason: he is devastating on the ground and has a very underrated standup attack as well. He’ll be a tough draw for whomever he faces in our Heavyweight Tournament.”

Rogent was born and raised near Barcelona, Spain, and lives there today.

He made his MMA debut in 2006 but first drew widespread attention in late 2008 with a dazzling first-round armbar submission of top Polish heavyweight Michal Kita at an M1 Challenge event in Finland.

“Signing with Bellator means a big step forward in my career as a fighter since it provides me the opportunity to face other great fighters in an event with major media repercussions worldwide,” Lloret said. “My goal is to advance as many rounds as possible and offer exciting fights to solidify my reputation as a fighter and Bellator’s as an MMA event.”