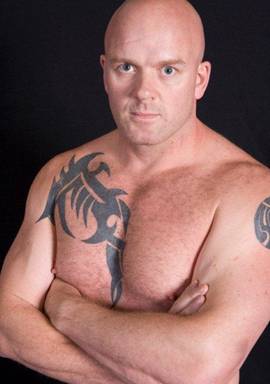 Grove, who stands six feet, six inches tall and has fought at as big as 280 lbs. in the U.K., has compiled an overall pro record of 8-2-1 since turning pro 3 ½ years ago with all eight of his wins coming via KO or TKO.

He earned widespread recognition throughout Europe early on in his career following a highlight-reel 10-second KO of former EliteXC, Pride and Sengoku headliner James Thompson and followed that up with an impressive TKO of UFC veteran James McSweeney.

“I’ve been telling my manager for a long time that I’d love to fight in America because that’s where I think all the best fighters are,” Grove said. “I’m looking forward to showing off my skills to the American audience and all the Bellator fans.”

Grove grew up in South Africa and played rugby for more than 20 years including a stint as part of one of his native country’s top semi-pro teams. He moved to England in 1996 and worked for many years as a doorman at several of London’s most popular nightclubs.

After being involved in a brawl with several unruly patrons, the massive heavyweight took an interest in honing his hand-to-hand combat skills and began training at a local Goju-ryu karate dojo. After just a few years, he earned his black belt and began to look at MMA as a natural next step.

He began his pro career in impressive fashion, carving a path of destruction through 2007 that included five first-round knockouts.

“Neil Grove is a giant man with an impressive record of knocking people out in dramatic fashion,” Rebeny said. “He is a solid fit for our tournament and can be a big problem for whoever he draws.”