Women’s Flyweight fighter Molly McCann became the first English woman to win in the Octagon when she defeated Priscila Cachoeira at Fight Night London. It was a hard fought decision that left her eye looking like someone tried to rip it out with a gardening tool. It’s pretty gross. For real. I can’t think of … Read more

Captain Marvel comes out in 2019 but Marvel Studios appears anxious to show off their first female led superhero movie. They are touting her as the future leader of their post Downey/Evans era and have stated she would be the most powerful hero to date. The trailer dropped and fanboys are losing their minds – including us. Check it out and tell us what you think of it. 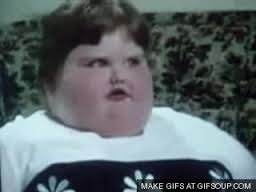 Sometimes pride should be swallowed or crap like this will happen to you. WTF!

San Francisco, CA (USA): World Combat Sports Challenge (WCSC), a rising fight promotion based in the Bay Area, is proud to present the first-ever all-female Muay Thai/mixed martial arts event in California history, as “FEMALE FURY II” takes place on Saturday, September 19th at the historic Kezar Pavilion in San Francisco, CA. Many Muay Thai and MMA world championships will be decided on this hybrid fight card, and Doors will open at 5 PM, and the fights will start at 6 PM. The match-ups are still being developed, but several outstanding female fighters have already been signed for the event, including:

The XTREME FIGHTING CHAMPIONSHIP will be holding XFC 7: SCHOOL OF HARD KNOX this Friday, February 20 at the Thompson-Boling Arena in Knoxville, Tennessee. Among many of great fighters competing in this event is one of the hottest up and coming female MMA prospects in the world today. She is four-time Female World Boxing Champion, Chevelle Hallback and she will be fighting undefeated muay thai expert, Sarah Wilson in what will surely be her toughest test to date. The XFC sent PRO MMA (promma.info) the following press release this morning regarding Hallback and what the future could hold for this fast rising MMA star:

After Decimating Former EliteXC Fighter Melissa Vasquez in Just 41 Seconds in December, Chevelle “Fists of Steel” Hallback Returns to the Cage at XFC 7: “School of Hard Knox” on Friday, February 20 in Knoxville, Tennessee

2008, as far as competition goes, was a great year for MMA. Some of the old guard was forced to step aside as the next generation of talented fighters made their mark. Out of all the action, some fighters and fights were more memorable and significant for various reasons. We have tried to recognize those special moments and fighters from the past year.

These are the official 2008 PRO MMA AWARDS as voted on by the staff here at PRO MMA (http://promma.info). Do you agree or disagree with our picks? Let us know. Maybe we overlooked or forgot something.

There is a new untitled reality show in the works and they are casting female MMA fighters. The show has reportedly already received interest from a major cable network.

You don’t have to be a pro mixed martial arts fighter but you need to be a “reasonably” well trained female fighter who has had a few amateur fights.

They are looking for attractive female MMA fighters between the ages of 18 and 28 to interview for a TV pilot.

It could be a good opportunity for exposure and the concept was created by a successful casting director and executive producer who has worked for MTV, G4, Fox Reality, and more.