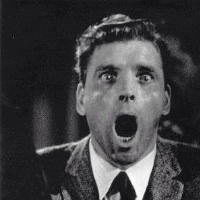 The Rift is an upcoming virtual reality head-mounted display, being developed by Oculus VR. During its period as an independent company, before being purchased by Facebook, Oculus VR had raised US $91 million for the development of the Rift. The consumer version of the product is expected to become available in late 2014 or early … Read more

You know those annoying Facebook movies? The ones that recap the most significant moments of the last year for you? Well, Wrestletalk TV has put together a pretty accurate “what if” Facebook video for our enjoymen

ProMMAnow’s Denny “The Mad One” Hodge talks to Rafaello Oliveira as he prepares to do battle at UFC 130 with Gleison Tibau.

Las Vegas, Nevada – The Ultimate Fighting Championship® is giving its fans yet another opportunity to watch live fights on Facebook®. UFC® officials announced today that two highly-anticipated clashes will be featured this Thursday, March 3, at 8 p.m. ET/5 p.m. PT. Both fights will be streamed live and free at www.facebook.com/ufc. The fights are: … Read more 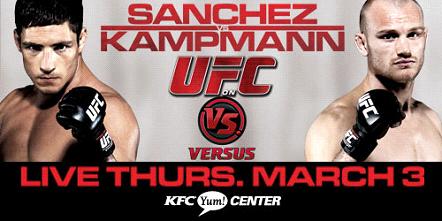 Mixed martial arts fans will get to see two preliminary fights this Thursday evening, March 3, from the “UFC on Versus 3″ card, LIVE and FREE on Facebook starting at 8 p.m. ET.

UFC fans will get a treat this weekend when three preliminary card fights from “UFC 127: Penn vs. Fitch” air live and free on ION Television and two more fights also air live on Facebook.

In a move that further cements it as one of the most savvy social media organizations in all of professional sports, the UFC announced plans to stream a live sporting event on Facebook this Saturday.

According to that great source of worldwide news that allows instant updates from anyone and everyone – Twitter, Tito Ortiz has confirmed Mark Coleman has pulled out of their UFC 106 bout scheduled for Nov. 21 in Las Vegas.

Here are Tito’s two unedited tweets once he learned of the failed fight:

As an Editor I cringe just a bit at the spelling, but frankly who cares about spelling when you’re a millionaire, right?