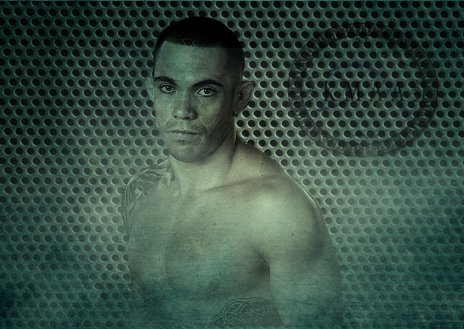 Rafaello Oliveira has been here before.

Oliveira (14-3 MMA, 1-2 UFC) started his career with six consecutive wins before losing to Lyle Beerbohm in 2008 after a cut prompted a doctor stoppage. It was a fight that he was clearly winning up until the cut, and it’s a loss that still stings Oliveira to this day.

After three consecutive wins following that loss, the pain and disappointment of that experience was lessened when he received the call from the UFC.

That call took place in late 2009, but within a span of a short few months, Oliveira was 1-2 in the Octagon, and just as quickly as his dream to fight in the UFC happened, it dissipated just as rapidly.

Looking to pick up the pieces, Oliveira got back to work the only way he knew how.

“After being cut by the UFC, I trained as hard as I could to be the best Rafaello Oliveira that I can be,” Oliveira told ProMMAnow.com. “I wasn’t thinking about the UFC, but I knew the call from them could happen at anytime.”

Oliveira put together a four-fight win streak, and after injuries started to pile up on the UFC 130 fight card, the call finally came.

“I was very happy and thankful when the call came; how can you say no to someone like the UFC — you cant say no,” said Oliveira. “I thank God, and I’m so grateful that I am getting another shot to prove that I belong in the UFC.”

Last minute calls with offers to step in on short notice are nothing new in MMA, just as last second opponent changes occur frequently as well. Oliveira understands this, and thrives in short training camps, feeling comfortable with as little as just a few weeks of training to prepare a game plan.

“Sometimes you train for a specific opponent with certain strengths, and then the opponent can change,” said Oliveira. “You have to be ready for anything, any style, and to be the most prepared as you can be for any type of opponent.”

His opponent at UFC 130 will be Gleison Tibau (22-7 MMA, 8-5 UFC), a BJJ blackbelt, who has won three of his last four bouts in the Octagon, and who has shown very effective take downs and much improved striking in his recent outings.

Oliveira who trains out of Knoxville Martial Arts Academy, is also a blackbelt, a two-time NAGA champion, and spent time in the past training with B.J. Penn. Wherever the fight may go, Oliveira feels like he is prepared to win his first fight back in the UFC Octagon.

“I think it’s a good match,” Oliveira said. “I’ve been working on my striking — he likes to strike, and I’m very confident in my striking also.”

Tibau has mentioned in interviews that he will be looking for an impressive finish against Oliveira, and “Tractor” intends on obliging his fellow Brazilian.

“I heard in an interview that he said he wanted to knock me out,” Oliveira said. “Well, I want to knock him out too, so we will see what happens. He likes to strike, I like to strike, he likes to wrestle, and I like to wrestle — so we will go to war and see who is the better athlete.”

The Rafaello Oliveira vs. Gleison Tibau UFC 130 preliminary card bout can be watched live and free on Facebook this Saturday at 6:45 p.m. ET. Be sure to follow Rafaello on Twitter @rafaellotractor.

Rafaello would like to thank all of his coaches, trainers, and training partners at Knoxville Martial Arts Academy. He would also like to thank his sponsors: Sprawl, Tapout, Blowout Cards, and BioDiagnostic Laboratory.