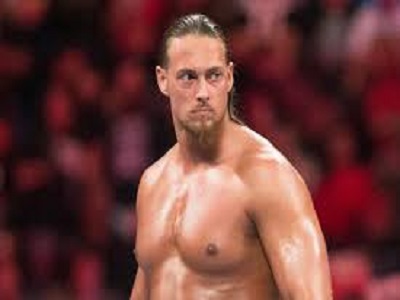 Big Cass was slowly breaking out from the pack as a singles performer in WWE. He had won Vince McMahon’s favor and trust, separated from his tag team with Enzo Amore, and was starting a feud with Daniel Bryan. Then it all fell apart and it was announced a short time ago that he was … Read more

Mariusz Pudzianowski’s opponent for KSW 13 In his MMA debut Mariusz Pudzianowski needed only forty-four seconds to dispatch his opponent. His second fight won’t be that easy as his next foe is much more experienced and demanding. On May 7, at KSW 13, The World’s Strongest Man will face Deep Megaton Champion Yusuke Kawaguchi. The Japanese … Read more

Florida MMA promotion Xtreme Fighting Championships (XFC) is looking to broaden their horizons by taking their show international. On Dec. 12, 2009, the XFC will hold an event in Berlin, Germany. Following in the footsteps of the UFC in June, the show will mark only the second American based MMA promotion ever to visit Germany.

The Dec. 12 event will feature some of Germany’s own rising MMA talent as well as fighters from the U.S. XFC President John Prisco spoke about the event. “This is an exciting opportunity to showcase the athleticism and skill of XFC fighters internationally,” said Prisco.

“It will inspire a greater appreciation and awareness of Germany’s local up-and-coming fighters, and simultaneously expose the future American MMA legends abroad. These fighters will be branded in a global market with opportunities solely limited by the way they present themselves in and out of the cage,” Prisco explained.

In recent years the Old Continent has become a strong center for Brazilian Jiu-Jitsu outside of Brazil. Countries like Sweden, France, England, Portugal, Spain and Finland have many academies and ever growing teams. In order to unite European practitioners in one place to officially organize and develop the sport of Brazilian Jiu-Jitsu in the continent, IBJJF and CBJJ created the European Championship of Jiu-Jitsu.

The first edition of the event was held in 2004 in the historical city of Lisbon, Portugal. Since then the tournament has grown and become stronger, establishing itself as the most important BJJ event in Europe and attracting competitors of all ages and belts. Such prestige has turned the event into a sure stop for black belt superstars like Roger Gracie, Ronaldo Jacare and Mario Reis, among many others.

Pro Kumite is a new fight promotion in the UK, concentrating on MMA events all over Europe. The first show is going to be held on November 1st at the Bracknell Leisure Centre on Bagshot Road, Bracknell, RG12 9SE.

According to their website, Pro Kumite has negotiated the first UK fighter insurance policy that is given FREE of charge to every fighter. The policy covers most risks for a whole year. As well as being insured during the fight the policy covers aspects like training, traveling and much more.

Tough is not Enough took place yesterday at the Ahoy event center in Rotterdam, the Netherlands. There were a total of 23 fights, both amateurs and professional (K-1 and MMA). The results are listed below.