The tragic death of Russian boxer Maxim Dadashev has prompted sadness and frustration from fans and fighters alike. Maxim died after a bout with Subriel Matias as part of a Top Rank event which aired on ESPN. The bout was stopped when trainer Buddy McGirt asked the ref to stop the fight in the 11th … Read more 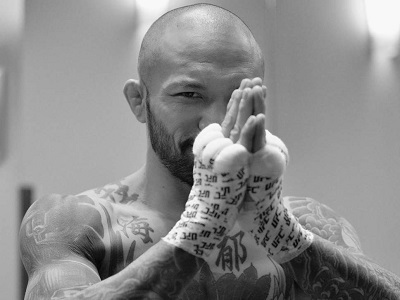 MMA legend Norifumi “Kid” Yamamoto announced via Instagram on August 26, 2018 that he was fighting cancer. Unfortunately, the legend lost the battle and the news of his passing has quickly spread throughout the MMA community. Kid was respected and at one point considered one of the best lightweights in the world. He was small … Read more

Another WWE legend has passed away. We regret that we have to report on this because while we are MMA fans first and foremost we watched wrestling growing up. Jim “The Anvil” Neidhart was one half of the wildly popular 80’s wrestling product Hart Foundation with Bret Hart. He is the father of Natalya who … Read more

NASCAR’s Tony Stewart was involved in a crash that killed another driver named Kevin Ward Jr. on a dirt track in upstate New York. In the video below, you can see Ward Jr. crash and then get out of his car to walk toward oncoming traffic and looks like he is pointing towards Stewart as … Read more

The body of 25-year-old Phil Masterson, the younger brother of MMA veteran Matt Masterson, was found Tuesday afternoon in Put-In-Bay on South Bass Island in Ohio.

With Barnett’s recent signing to Strikeforce, he is back in a position and among a level of heavyweight talent, where he can make the biggest positive impact on his career since his days in PRIDE.

According to an MSNBC report, Sheikh Ahmed bin Zayed al-Nahayan, 41, has died in a glider crash in Morocco. He was the younger brother of the ruler of Abu Dhabi, who is also president of the United Arab Emirates. Sheikh Ahmed was the managing director of Abu Dhabi Investment Authority (ADIA), one of the world’s largest … Read more 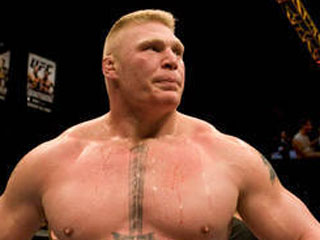 UFC Heavyweight Champion Brock Lesnar discusses the comments Frank Mir made about hoping he becomes the first Octagon-related death. Brock pokes fun at Mir about his wife apologizing for him, and also says he hopes Mir defeats Carwin, so he can try and shut him up once and for all.

January 14th, 2010 – Bob Shamrock, the father of legendary MMA fighters Ken Shamrock and younger brother Frank Shamrock passed away today Thursday, Jan 14th at 2pm at the home of his eldest son Ken – surrounded by friends and family.  Ken Shamrock and his wife Tonya brought Bob to their home on Saturday after a long term battle with different health complications due to Diabetes – Bob was 68 years old.

Bob is best known for opening up his home in Susanville, CA to literally hundreds of defiant and hardcore kids.   Ken Shamrock (then Ken Wayne Nance) was 13 years old when he arrived at the Shamrock Boys Home in Susanville, CA – Ken at the time was in trouble with the law for strong armed robbery among other things.

“I just watched Ken’s eyes when he first arrived, because this was my home. It wasn’t some business place where I came on from 8 til 5 – it was my home, and the house was really big, we ate well, we had a swimming pool, and all those kinds of things. It was a lot different than the other group homes he had been in.” Bob Shamrock